If reports from the supply chain are believed, things are gradually falling into place for the mass production of Samsung’s much-awaited foldable smartphone that’s referred to as the Galaxy X. We recently heard that the company is going to start trial production of the foldable OLED panel in a couple of months before it begins mass production next year.

A new report claims that Samsung will start producing flexible batteries later this year which it may use for the Galaxy X. These new batteries will have capacities ranging from 3,000mAh to 6,000 mAh.

It’s no secret that Samsung has been working on flexible batteries. The company showed off a prototype back in 2014 but it was more of a proof of concept as it only had a capacity of 210mAh which was certainly not enough for a smartphone.

Samsung’s flexible batteries seem to have come a long way since then as it’s now aiming to start producing them at scale later this year. Since they’re said to have capacities between 3,000mAh and 6,000mAh, the component finally has commercial value and Samsung SDI can start selling it to customers, including but not limited to Samsung Electronics.

Samsung will ostensibly use the flexible battery in the Galaxy X. If the range starts from 3,000mAh then it can reasonably be assumed that the Galaxy X battery capacity will be 3,000mAh at least. Since conventional smartphones don’t really have 6,000mAh batteries it’s safe to say that Samsung wouldn’t be introducing one with a “new” device like the Galaxy X.

No word as yet on when Samsung plans on launching its much-rumored foldable smartphone. The company hasn’t really said much about it and there isn’t a lot of clarity on the other internal specifications of this handset. Some reports have suggested that the Galaxy X launch might take place early next year, either alongside the Galaxy S10 or a few weeks after the 10th anniversary flagship is unveiled. 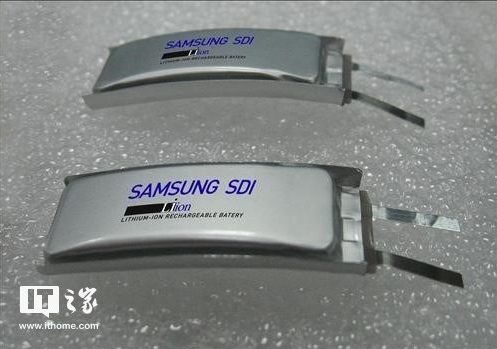