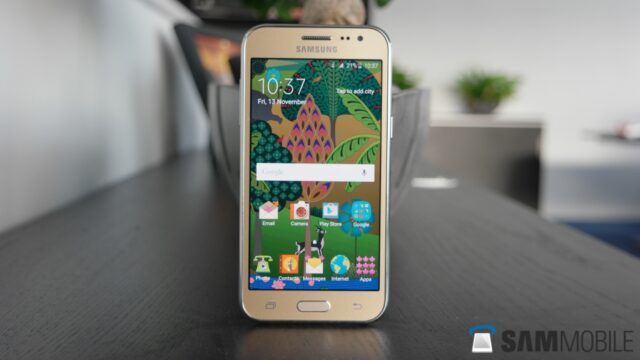 A spec sheet purportedly belonging to Samsung’s Android Go smartphone has just been leaked. The fact that Samsung is making an Android Go smartphone is well known at this point. The first positive sign of Samsung’s involvement with Google’s Android Go program was a benchmark entry for a device with model number SM-J260G. That particular benchmark didn’t exactly offer a lot of information on the device’s specs, but the entire spec sheet has now been laid bare by the folks over at Techie Drive. 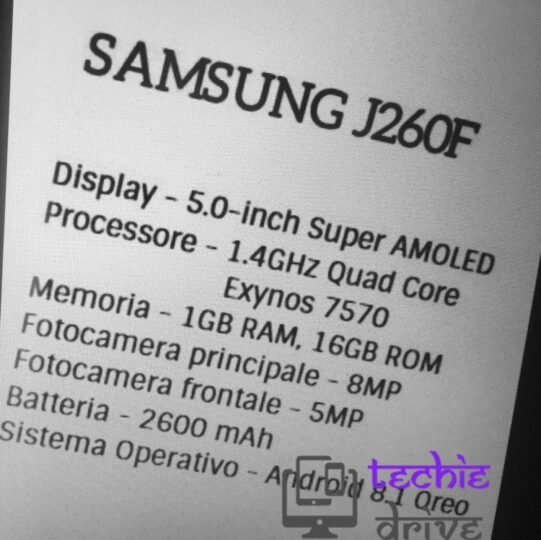 The spec sheet that has leaked looks like something someone might have typed out in a Word document. But if we are to take it seriously for a moment, then Samsung’s first Android Go smartphone would offer no surprises as an entry-level smartphone. It’s got an Exynos 7570 quad-core processor clocked at 1.4GHz and 1GB of RAM, with the latter the primary reason why this phone runs Android Go instead of Samsung’s official Experience UX.

The rear and front cameras are 8-megapixel and 5-megapixel units; there’s a 2,600 mAh battery underneath, and 16GB of internal storage. It runs Android 8.1 Oreo, which is the first and only version of the OS that exists for Android Go at the moment. What’s interesting is that the device – which might be called the Galaxy J2 Core in some markets – supposedly has a Super AMOLED display (5 inches in size), which would give it some boasting rights despite its humble underpinnings.

This particular spec sheet is reportedly for the SM-J260F, which is being testing in the United Kingdom, Uzbekistan, Caucasus Countries, Germany, Italy, Ukraine, Russia, Kazakhstan, France and Poland, as we had exclusively revealed. The two other variants are the SM-J260G and the SM-J260M. These are likely to carry the same hardware as SM-J260F, though we will have to wait and see if the leaked specs we see here turn out to be accurate.