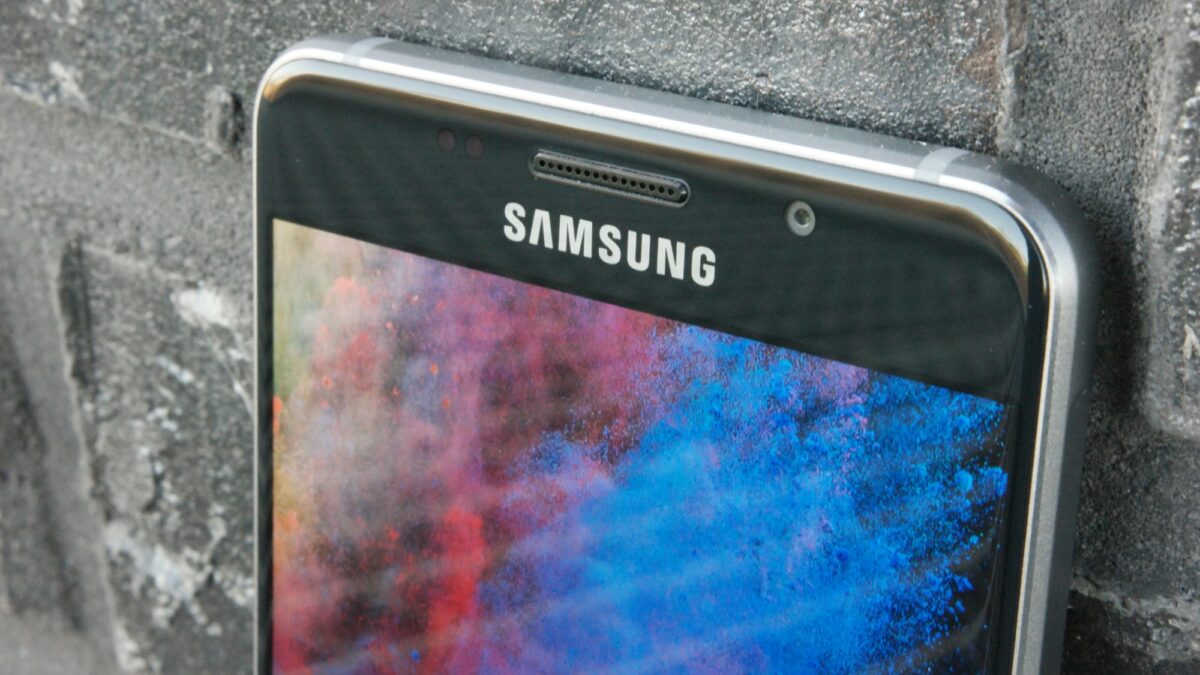 Samsung is yet to confirm if it’s going to launch an entry-level device powered by Android Go but that possibility has now emerged as what could likely be the first Samsung Android Go handset has been spotted online. The unannounced device has been listed in the Geekbench database which is where a lot of upcoming devices are initially spotted.

Announced last year, Android Go is an iteration of Android 8.0 that’s specifically meant for entry-level devices. It brings the best features of Android and packages them into a lightweight ROM that can even run on devices with less than 1GB of RAM.

Google has also developed Go versions of its core apps like Gmail, Maps, Files and more which are highly optimized for this iteration of Android. Moreover, popular online services like Facebook have also shipped versions of their mobile apps that are optimized for Go devices.

The first Android Go-powered handsets went on sale not too long ago and Samsung has yet to confirm if it’s going to launch one of its own. The as yet unannounced SM-J260G might be the first Samsung Android Go handset that may be launched as the Galaxy J2 Core.

The SM-J260G has been spotted in the Geekbench database with 1GB of RAM. This coupled with Android 8.1 as the OS version is a major indication that this is likely an Android Go device as it checks all the boxes for one. The processor appears to be an optimized version of the Exynos 7570 with four ARM Cortex-A53 cores at 1.43GHz, it’s mentioned in the benchmark listing as the “Universal7570_Go,” yet another indication of this device’s Android Go credentials.

Word on the street is that this device might be launched as part of Samsung’s Galaxy J entry-level series, specifically as the Galaxy J2 Core but there’s no official confirmation of that just yet. Granted, this may be circumstantial evidence at best, but it would certainly make sense for Samsung to launch its own Android Go handset. It already launches many entry-level phones in emerging markets, why not offer customers one that provides them a much better user experience. 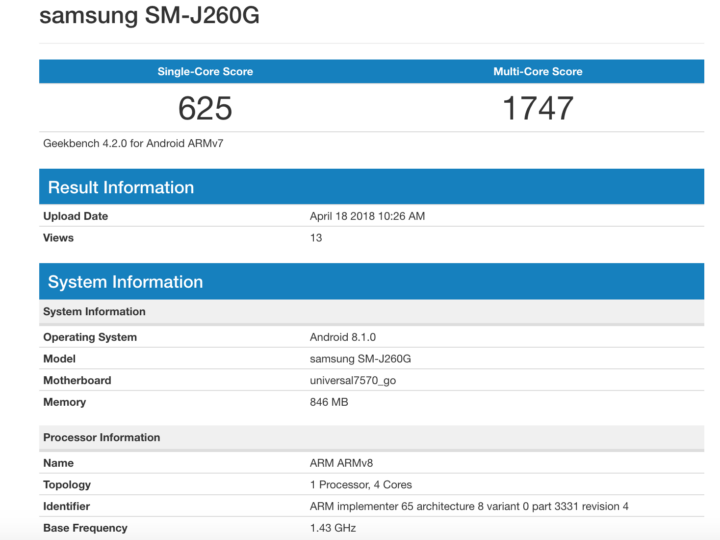 No one had expected Samsung to be making an Android Go smartphone, but it did. In fact, Samsung has announced …

Samsung’s first Android Go phone, the Galaxy J2 Core, may be headed to the United States. It was initial …