What could be the first major Galaxy Note 9 leak has surfaced online today, with leakster OnLeaks providing the world a look at renders and a 360-degree video of Samsung’s upcoming flagship. These are unofficial renders based on CAD information from factory sources, and if this is anything like the final design, we’re immediately turned off by the design of the phone’s rear side. Unlike the vertically placed dual rear camera setup on the Galaxy S9+, these renders reveal a horizontal setup for the Note 9 similar to the Note 8 but with more noticeable circles for the two camera sensors. 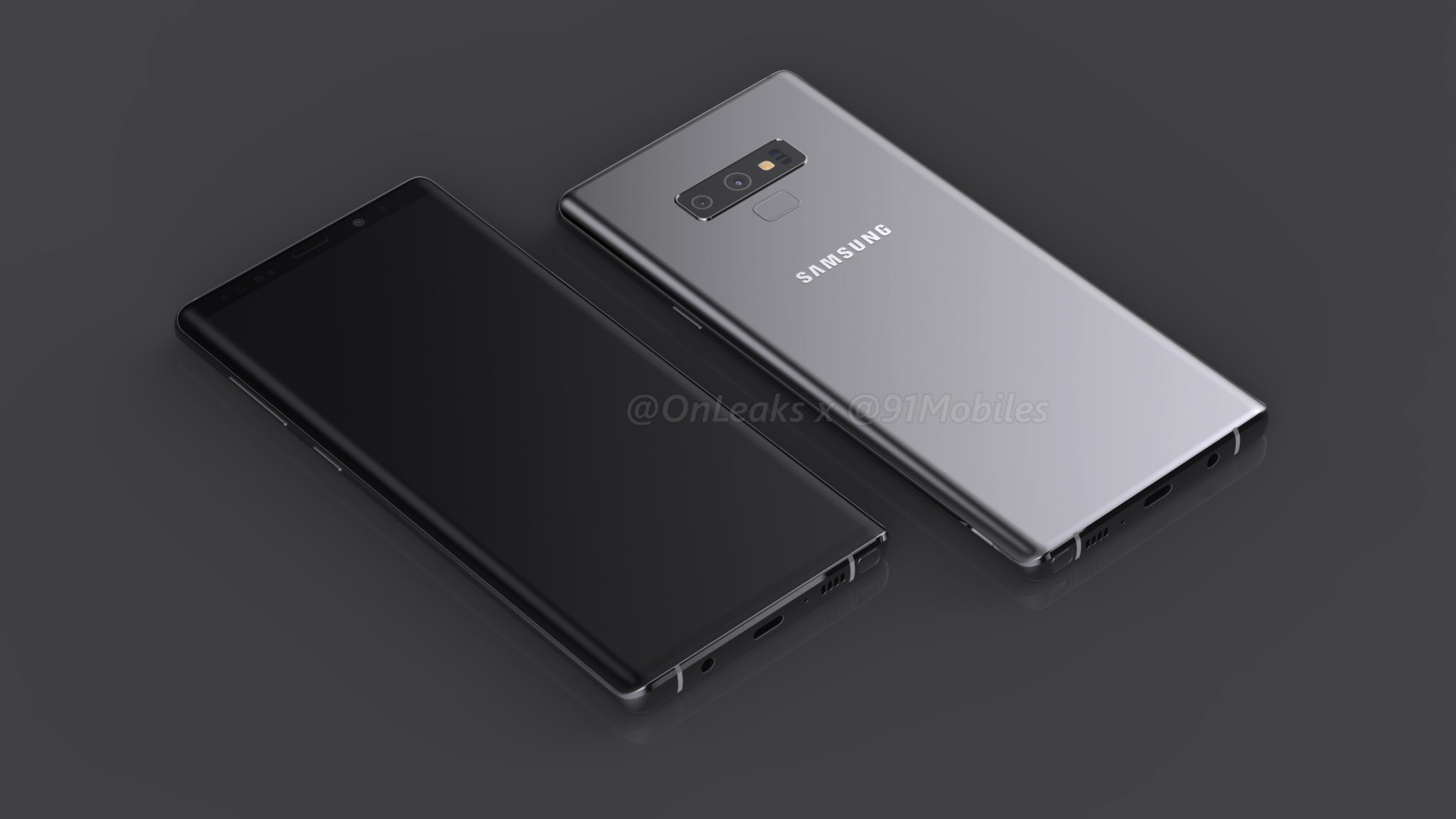 That’s not our problem with the design, though. That would be the fact that if the final design does have a horizontal setup for the rear cameras, it would mean the fingerprint sensor, while placed below the sensors this time around, would be higher up on the body compared to the Galaxy S9+. Maybe this is Samsung’s way of reaching a compromise for those who preferred the fingerprint placement on last year’s models (or at least had gotten used to it) and weren’t happy when the fingerprint reader moved below the camera on the Galaxy S9, but it would sure make it harder to reach for everyone else given the fact that there is no smaller version of the Note flagships.

Of course, our opinion doesn’t exactly matter. Unlike those who work in this field (and those who love tech with a passion), most consumers don’t change their phones every year, so a lot of folks will be coming to the Galaxy Note 9 from devices that are at least two years old. Not that that means the fingerprint sensor’s position won’t be problematic for a lot of folks who pick up the Note 9, but it would still be better than what they would get with the Galaxy S8 or Galaxy Note 8 from last year. 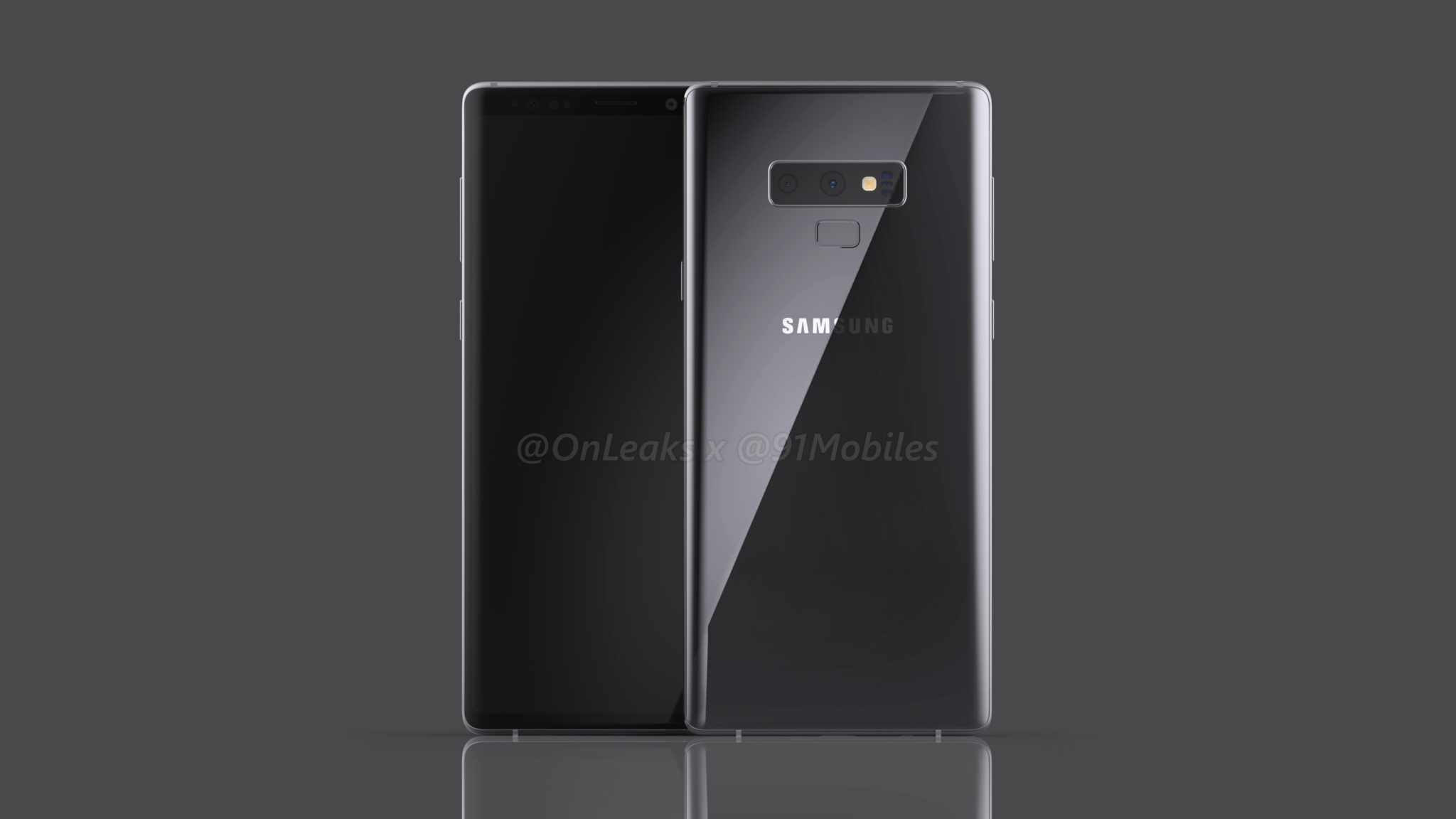 Galaxy Note 9 might also be thicker than the Note 8

Okay, now that we’ve cried a river over the fingerprint sensor, let’s turn our attention to other things revealed by this leak. We heard a rumor recently that Samsung has delayed the launch of the Galaxy Note 9 because it wants to make the display glass thinner by 0.5 mm for better ergonomics, but according to today’s leak, the Note 9 is 0.2 mm thicker than the Note 8 (8.8 mm vs 8.6 mm). That would suggest Samsung had tried to make the Galaxy Note 9 even thicker to make it as resilient as the Galaxy S9 is compared to the Galaxy S8, which would help explain why the company decided to dial back on that front. As for the height and width, the Note 9 reportedly measures 161.9 mm and 76.3 mm respectively, which would make it slightly wider than its predecessor.

Of course, all of these rumors and leaks have to be taken with the proverbial pinch of salt. These renders might turn out to be close to the real thing and also support a recent rumor about a mostly unchanged design, but there can always be inaccuracies when you’re making unofficial renders based on factory information. OnLeaks did turn out to be mostly accurate with the Galaxy Note 8 renders he leaked last year, though, so there’s no reason it might not be the same this time around. Thankfully, we’re getting closer and closer to the launch of the Galaxy Note 9 with each passing day, so it shouldn’t be long before newer leaks give us a better picture of what the Galaxy Note 9 is shaping up to be.

Check out the renders and the 360-degree video below, and let us know what do you think of the design seen in these pictures. One thing we can all agree on is the presence of a 3.5 mm jack, but we’d like to hear your opinion on other aspects, so get a discussion going in the comment section!