We’ve been hearing reports over the past few weeks that the Galaxy Note 9 release will take place earlier than its predecessor due to Samsung’s accelerated schedule. It was expected that the next flagship phablet may be out by late July or early August.

That may not be the case, though, if a new report out of South Korea is believed. A last minute design change ordered by Samsung Electronics Vice Chairman Lee Jae-yong will reportedly result in the Galaxy Note 9 release being delayed by two weeks.

That report lined up with the expectation that the Galaxy Note 9 release will take place ahead of schedule, not to mention the fact that Samsung already set a precedent this year by releasing the Galaxy S9 a month before the Galaxy S8.

A report out of South Korea now claims that Samsung is reducing the thickness of the display glass by 0.5mm at the last minute on the directions of its Vice Chairman Lee Jae-yong. The display glass is the layer on top of the OLED panel which protects it and also serves as the users’ input source.

The change is believed to be a result of the vice chairman’s recent trip to a smartphone distribution center in China where he played around with Oppo and Vivo handsets that also use Samsung Display’s OLED panels. He found that those handsets felt much better to grip in the hand compared to the Galaxy Note series.

Samsung rarely adjusts the specifications of an upcoming flagship device this close to launch but it’s believed to have made this change for the Galaxy Note 9 on the directions of its vice chairman who wants the display glass on the new flagship to be a bit thinner.

It seems that the Galaxy Note 9’s display glass won’t be as thick as the Galaxy S9. Perhaps Samsung previously opted for the same thickness for the Galaxy Note 9 as well but when the vice chairman looked at some of the competitors’ devices, he felt that Samsung could opt for a thinner display glass to make the device feel more comfortable in the handset.

Given that the Galaxy Note 9 is expected to feature the largest-ever panel size of 6.38-inch, any improvement that makes the handset more comfortable to use will certainly be appreciated by fans.

The Galaxy Note 9 release is now said to be delayed by up to two weeks as the relevant part is modified and tested before mass production. Samsung hasn’t confirmed any of this so far, though. 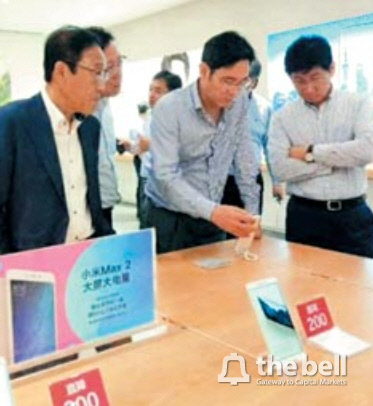