The Galaxy Note 9 leaks have started in earnest it seems. We spotted the Exynos-powered Note 9 on a benchmark database for the first time over the weekend, and now, a video and some images showing screen protectors that are purportedly for the Galaxy Note 9 have appeared online. Well, it’s not easy to say if these are indeed for the Note 9, especially with the Galaxy S9 also featuring sharper edges for a more boxy shape compared to the Galaxy S8. The length of the protector does seem to be longer, though, just as one would expect on a Note device.

There have been rumors of a 6.4-inch display for the Galaxy Note 9, but the overall size of the device is reportedly 2 mm shorter than the Galaxy Note 8. That would be thanks to the reduced bezel sizes on the top and bottom, similar to the Galaxy S9 and Galaxy S9+. The screen protectors shown here also seem to have the same camera and sensor cutouts as the S9. That’s not surprising, as the Note 9 isn’t expected to change much as far as the specs and features are concerned. Even an in-display fingerprint sensor looks unlikely at this point, but we’re hopeful that rumors of a larger battery turn out to be correct. 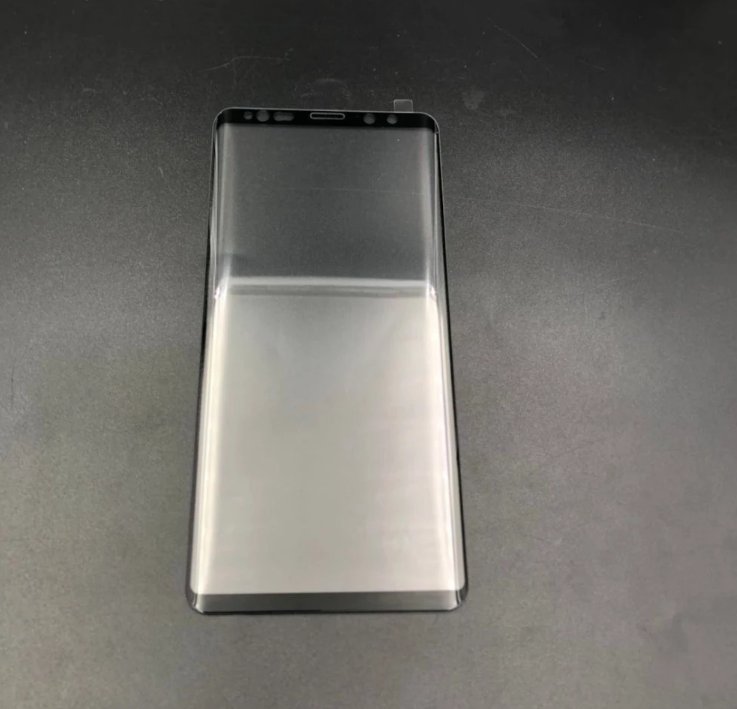 The Galaxy Note 9 is also expected to come with a new and improved S Pen, though there’s no word on the improvements the new stylus will offer. Bixby 2.0 will make its debut with the Galaxy Note 9 as well, with quicker response times and improved recognition abilities confirmed by Samsung officials. Some reports also suggest the possibility of an earlier than usual launch for the Note 9. Such rumors come out every year, though, so it’s not certain Samsung’s next flagship will break tradition as far as the launch time frame is concerned.

What do you think about the screen protector seen in the images and the video below? 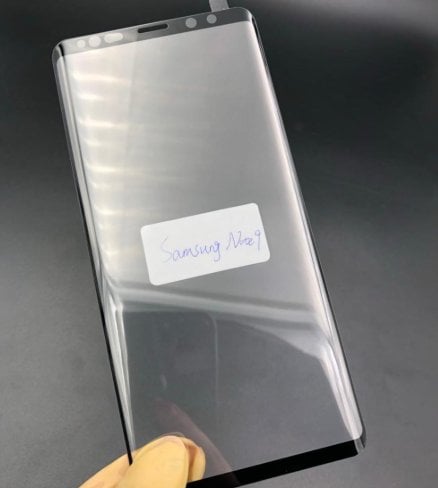