Samsung seems to have quietly launched the Galaxy J4 in India 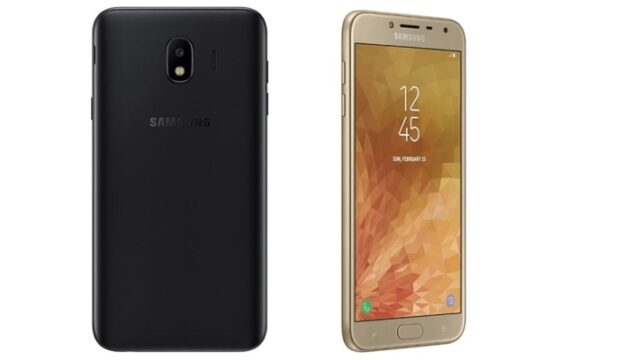 We have known for a few months now that Samsung has a couple of new affordable devices up its sleeve and the Galaxy J4 happens to be one of them. Samsung was expected to launch it in India during a press event last week and while the event marked the official launch of the Galaxy J8, Galaxy J6, A6 and Galaxy A6+ in the country, Samsung didn’t say anything about the Galaxy J4.

It appears that the company won’t be making much of a fuss about the launch of this device. Samsung seems to have quietly launched the Galaxy J4 in India through its offline retail partners.

It’s not like Samsung hadn’t already made this device official. Samsung Pakistan’s website listed it officially last week and revealed all of the details about its specifications and features. Moreover, an online retailer in Ukraine started taking pre-orders for the device a few days ago.

Mahesh Telecom, a local smartphone retailer in India, tweeted today that the Galaxy J4 is now available for purchase in the country. The retailer also tweeted photos of the smartphone’s box which has all of the details about its specifications.

As we had exclusively reported, the Galaxy J4 features a 16:9 5.5-inch HD Super AMOLED display with an Exynos 7570 processor with 2GB of RAM and 16GB of internal storage. It also features a 13-megapixel f/1.9 rear and 5-megapixel f/1.9 front camera with flash. There’s a 3,000mAh battery and the handset comes with Android 8.0 Oreo out of the box.

The retailer has also confirmed the price for this device. Customers in India will be able to purchase the Galaxy J4 for Rs. 9,990 or $148. It’s not listed for sale at online retailers like Flipkart or Amazon just yet, though. 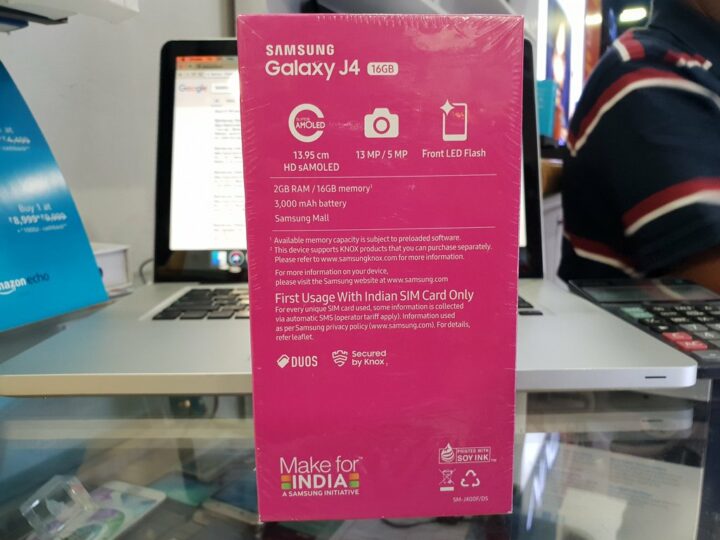