We don’t know anything about the SM-T590 other than the fact that it’s being tested in some capacity, and it’s possible it may not be released in the market considering we didn’t get a 2017 iteration of a 10.1-inch Galaxy Tab A even though Samsung did make an 8-inch version (a 7-inch version was recently launched in India, but it was an older variant that ran Android 5.1 Lollipop). Not that a 2018 model is out of the question, as a cheaper 10.1-inch tablet with an S Pen may be a good option for those wouldn’t be able to afford the Galaxy Tab S4. 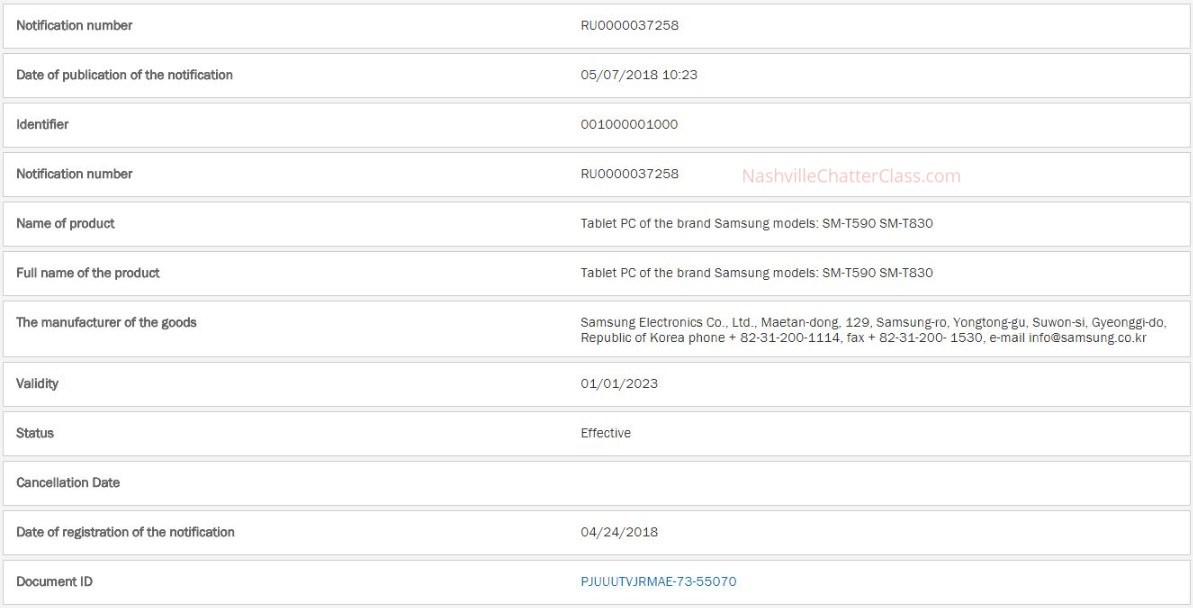 The Galaxy Tab S4 may also see Samsung’s high-end AMOLED-toting tablet lineup make a return to a 10.5-inch screen with 16:10 aspect ratio, judging by the SM-T835’s GFXBench listing. It’s hard to say for sure without more such benchmarks as we move closer to the tablet’s official launch, and sadly, nothing about the screen is mentioned in the Tab S4’s Geekbench benchmark listing that has been spotted today (Geekbench never specifies a device’s screen size). Geekbench does, however, has the tablet running Android 8.1, while earlier appearances were with Android 8.0.

This means that the first Samsung device with the latest version of Oreo may be the Galaxy Tab S4 and not the Galaxy Note 9 (come on Samsung, put Project Treble to good use and launch the Note 9 with Android P out of the box!). Also revealed in the Geekbench listing is a Snapdragon 835 SoC and 4GB of RAM, specs that were already known, with the tablet scoring similar to the Snapdragon 835-powered Galaxy S8. 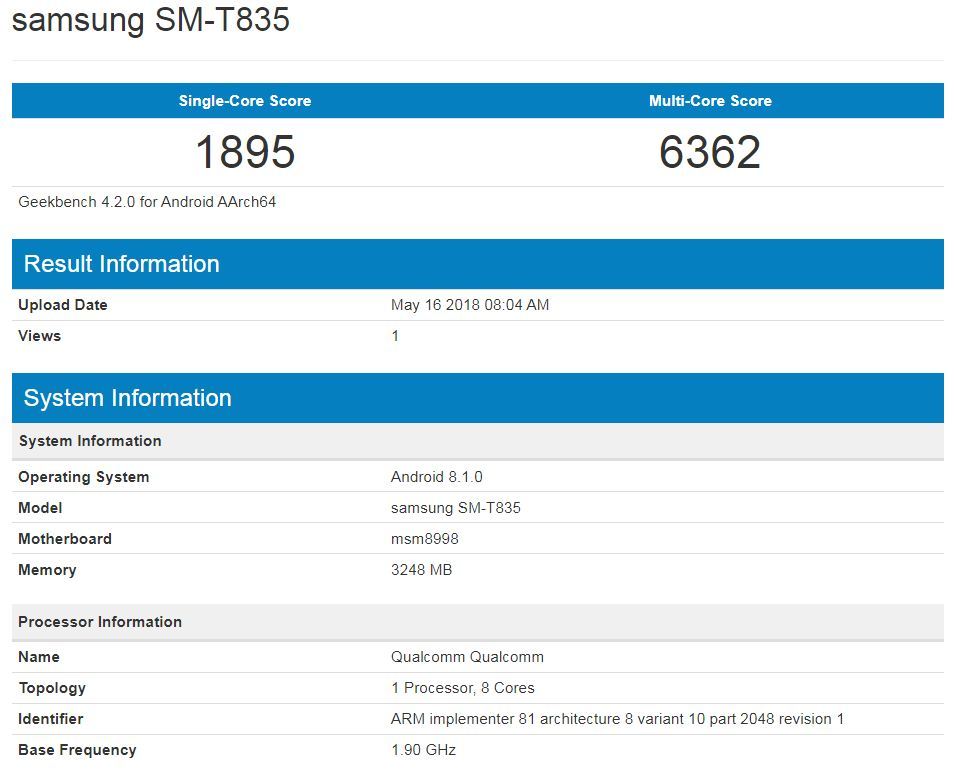 Samsung has updated most of its smartphones and tablets to Android 11 over the past six months. However, there are a few devices that are yet to receive the update. Now, the company has started rolling out the Android 11 update to the Galaxy Tab A 10.1 (2019) in a few Asian, European, and South […]