It has been rumored for the past couple of years that Samsung is developing an in-display fingerprint sensor that it’s going to use for its flagship smartphones. The Galaxy S9 doesn’t have one which leaves the Galaxy Note 9 as the only remaining Samsung flagship 2018 which may or may not get this component.

It was reported last month that Samsung is seriously considering one of three solutions developed by Samsung Display to integrate an in-display fingerprint sensor. The company is expected to make a final decision on whether or not this component will be included in its next flagship smartphone soon.

Yet another in-display fingerprint sensor patent

Samsung has no shortage of patents detailing an in-display fingerprint sensor and another has now surfaced online which suggests how this component might work. The module may be placed towards the bottom of the display which is where one would expect to find it anyway. That’s also where the display-based fingerprint sensor of the Vivo X21 UD is located.

Once the sensor receives the touch input, it will determine the touch region corresponding to the input and then use the AMOLED display’s light-emitting property to read the biometric information by changing the brightness around the sensor upon touch.

The method is quite similar to the one used by the Synaptics Clear ID sensor on the Vivo X21 UD. Previous reports have suggested that Samsung might source the in-display fingerprint sensor from Synaptics but there’s no confirmation about that just yet.

Do keep in mind that this is just one of the many patents that Samsung has detailing in-display fingerprint sensing technology so it can’t be taken as a confirmation that the Galaxy Note 9 is indeed going to feature this component.

Many believe that it’s high time that Samsung introduces an in-display fingerprint sensor in its flagship smartphones as Chinese OEMs have already taken the lead on this. Whether or not it does that for the Galaxy Note 9 remains to be seen. 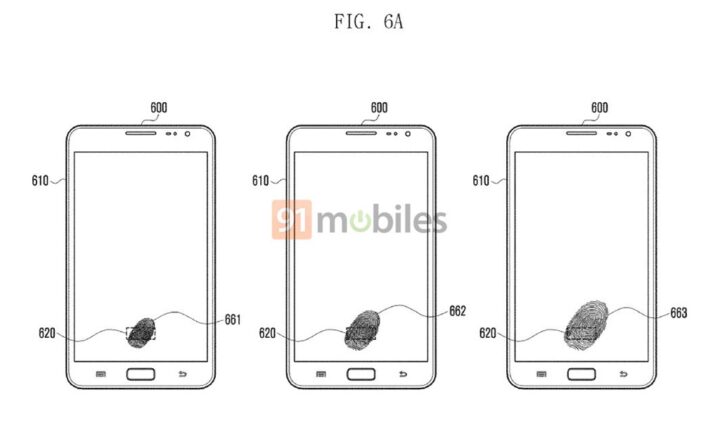 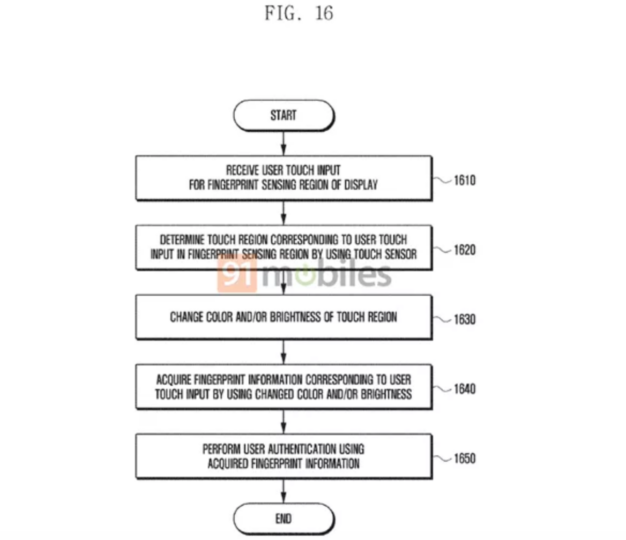 Why is the diagram having a home bottom when we are talking about in-diaplay fingerprint sensor? It seems fake to me. Fingers crossed.

You must be new to the world of patents

It could be 50/50 chance to have this released for the note 9, but in usual Samsung trend is to try this out on the note then refine and improve for the s models.

I do hope this would be the case for the note 9 but i would suspect apart from that the note 9 could be a slightly updated s9+ with a pen.

It will have bigger battery and display, there is no doubt about that

That chart looks suspiciously fake with a child like explanation of the process.