The successor to the Galaxy J5 Prime could ship with a 5-inch IPS HD screen, an Exynos 7570 Octa CPU and 3GB of RAM, reveals a dubious-looking specification sheet that was posted on leak aggregator SlashLeaks on Saturday, December 2.

This news comes less than a week after the handset was spotted on the Federal Communication Commission’s online database, leading us to believe that it will hit the shelves in at least one region—India, for example—before the year’s out.

Are you looking forward to the release of the budget-friendly Galaxy J5 Prime (2017)? Or do you prefer Samsung’s flagship smartphones? Be sure to let us know in the comments section down below—or over on Facebook or Twitter. 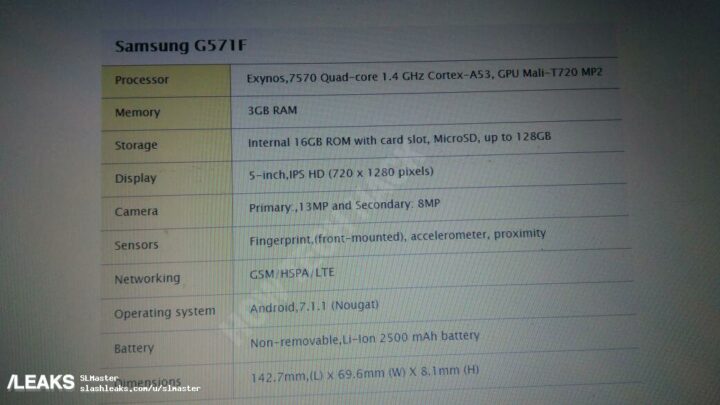