Samsung’s successors to the Galaxy J2 Pro and Galaxy J5 Prime have been spotted on a couple of benchmarking databases, revealing some details about their respective internals—but before we go any further, we should point out benchmark results are easy to falsify, so best the following information with a pinch of salt.

The Galaxy J2 Pro (2017), according to its Geekbench listing, is equipped with a 1.4GHz Snapdragon 430 quad-core processor and 1.5GB of RAM. It also ships running Android 7.1.1 Nougat skinned with Samsung’s Experience—formerly known as TouchWiz—user interface, though it should receive the Android 8.0 Oreo update.

Galaxy J2 Pro could hit the shelves by year’s end

That’s about all the information included in the benchmark filings. The Galaxy J2 Pro (2017) was recently certified by the Federal Communications Commission and Wi-Fi Alliance, so it’s safe to assume that it will hit the shelves before the year’s out. There’s no word on a release date for the Galaxy J5 Prime (2017), however. 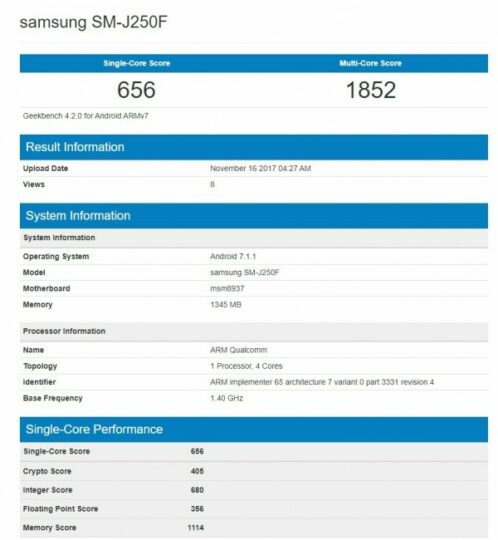 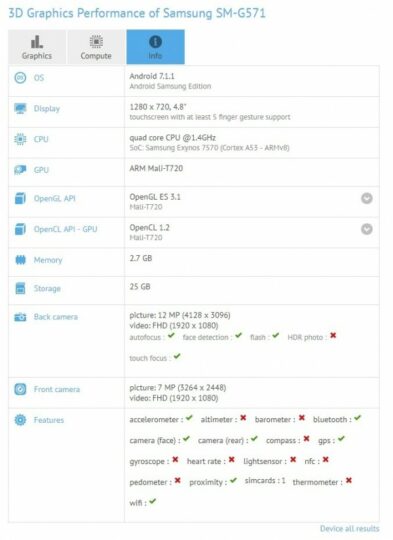