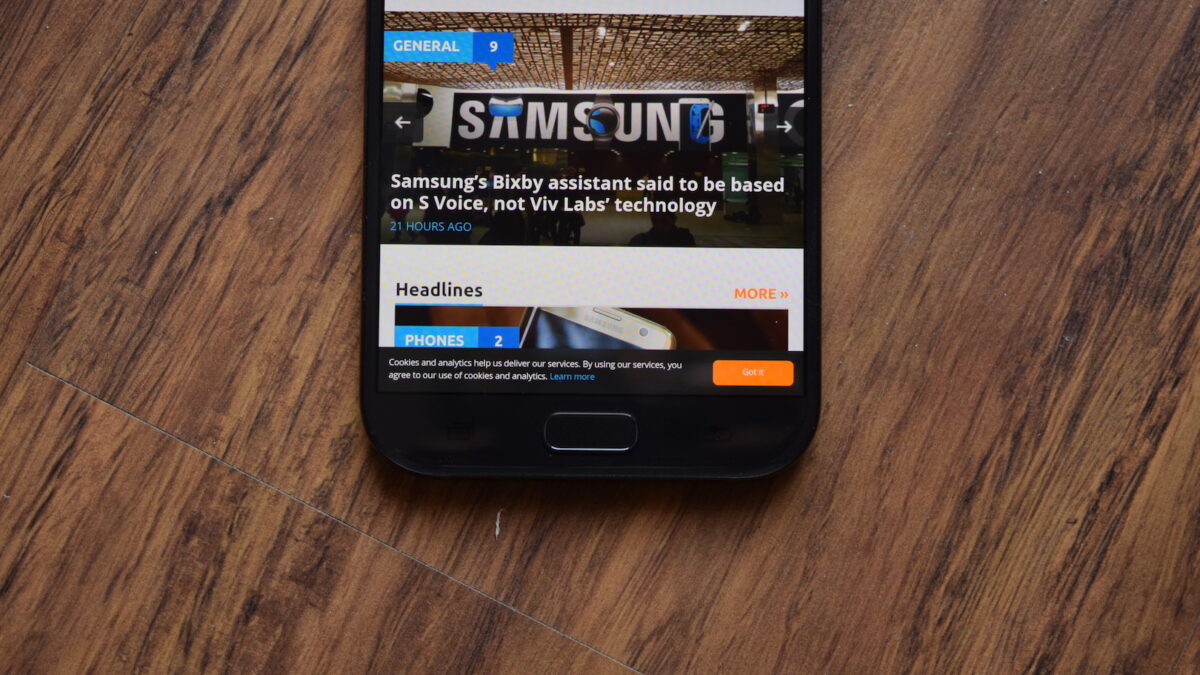 The Galaxy A5 (2017) and Galaxy A7 (2017) became the first devices to get the November security patch, and at least the A7 (2017) is now receiving the latest security update in India as well. The update is available over the air; it’s a 330 MB download, carries build number A720FXXU2BQK2, and is the first update for the device in India after Android 7.0 Nougat.

As far as we can tell, the bump in security is the only thing on offer here, but that’s the case for updates for pretty much any but the latest flagship devices. The November security patch fixes 61 Android vulnerabilities, including the KRACK Wi-Fi exploit, and six vulnerabilities that are only found on Samsung’s software. We’re assuming the Galaxy A5 (2017) is also getting the same update in India right now; if you own the A5, do let us know if that’s the case by leaving a comment.

Own the Galaxy A7 (2017)? See if there’s a notification for the update on your phone; if it isn’t, you can download it from the Settings » Software update menu. Since it’s a considerably big update We’ll update this post once the full firmware goes live on our database. 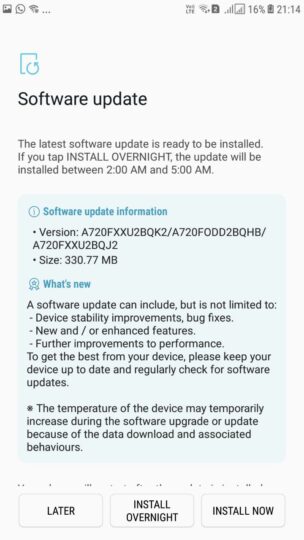 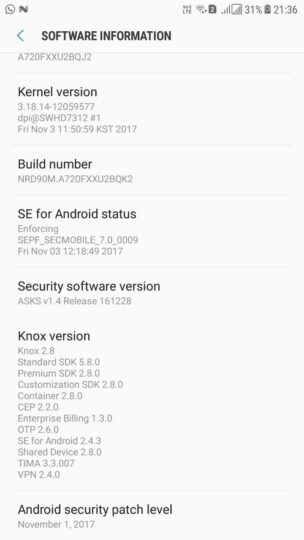