From introducing a dual rear camera to Samsung’s flagships to proving to consumers that Samsung can still make phones that don’t combust, the Galaxy Note 8 has a lot riding on it. The Note 8 will be the most feature-packed smartphone on the market when it goes on sale, and if the Galaxy S8 is any indication, Samsung’s upcoming phablet will be a looker while adding all the productivity features the Note lineup is known for.

But there’s one aspect of the Note 8 that I feel isn’t discussed enough, an aspect that’s going to make it extra special: It’s going to be the first Galaxy Note flagship to hit Europe in three years.

The Galaxy Note 5 never made it to Europe because Samsung didn’t think European consumers were productive enough to need a Note device. That changed with the Galaxy Note 7, of course, but as we all know, the Note 7 met an early demise and had Samsung writing off a few billion dollars as it rushed to tackle the process of recalling every Note 7 unit. 2016 became yet another year that consumers in Europe couldn’t get their hands on a modern Galaxy Note flagship, and it no doubt angered a lot of fans of Samsung’s industry-defining phablet lineup. 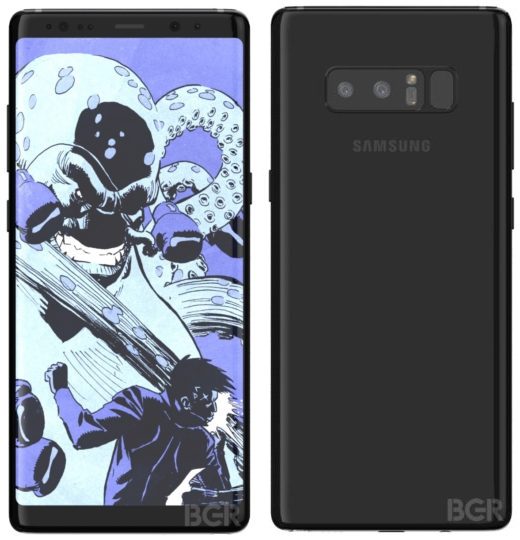 It’s all about to change this year, although as we have seen here at SamMobile, not everyone is a fan of the direction Samsung has taken for its Galaxy Note smartphones. Once a device that power users gobbled up, it has now been reduced to being a Galaxy S with an S Pen. There is no removable battery on offer, and the battery itself has gone down in size, with the Note 8 to have a 3,300 mAh battery in all likelihood. That’s smaller than the S8+’ battery, and we all know the S8+ isn’t exactly a battery life champion, even if it does manage to get to the end of the day.

But the S Pen and the productivity that accompanies it are still a big draw for many, and despite the worryingly small battery, the Galaxy Note 8 is no doubt highly anticipated by many in Europe. Samsung’s decision to keep the Note 5 away might have seemed sensible at the time, but the Galaxy Note 7 fiasco made for another year of excruciating wait for consumers in the region. It will all be set right with the Galaxy Note 8, though, and it’s one of the reasons why the upcoming Note is such an important device and, as a result, quite special.