Samsung may have revealed some Galaxy Note 8 camera features

There have been countless rumors about the Galaxy Note 8’s camera. It’s widely believed that the Galaxy Note 8 is going to be Samsung’s first flagship with a dual camera system. We can expect the flagship to come with several new camera features as well, some of which might have been revealed by Samsung itself.

Previous reports have suggested that Samsung Electro-Mechanics will be supplying the dual camera system for the Galaxy Note 8. There’s informational material available on the company’s own website detailing some of the capabilities of its dual camera sensor. It’s highly likely that this sensor might be used for the Galaxy Note 8 so the new flagship may have some of these features.

One of the features powered by this camera module is called “Smart Zoom,” and as per recent reports, it enables 3x optical zoom. The “Refocus” feature is the logical application of a dual camera sensor as it measures depth which can be used to blur the foreground or background after a picture has been taken.

Since the dual camera sensor can absorb more light, it provides better performance in low light conditions. “Perspective View” and “Background Effect” features are also mentioned, they will allow users to apply some creative tricks to their pictures.

It’s possible that the Galaxy Note 8 may come with some or all of the camera features mentioned in Samsung Electro-Mechanics’ informational material. Samsung is going to unveil the Galaxy Note 8 at an event in New York on August 23. 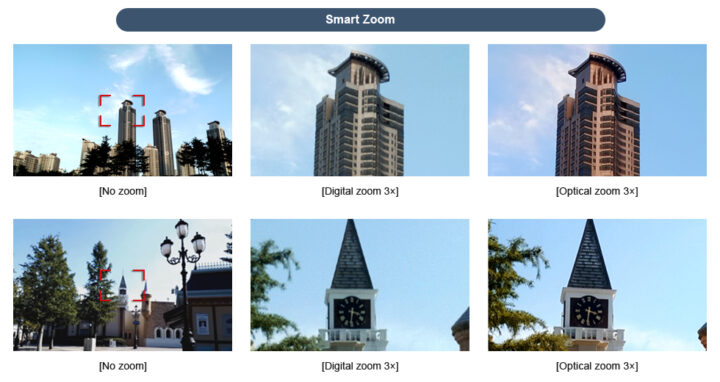