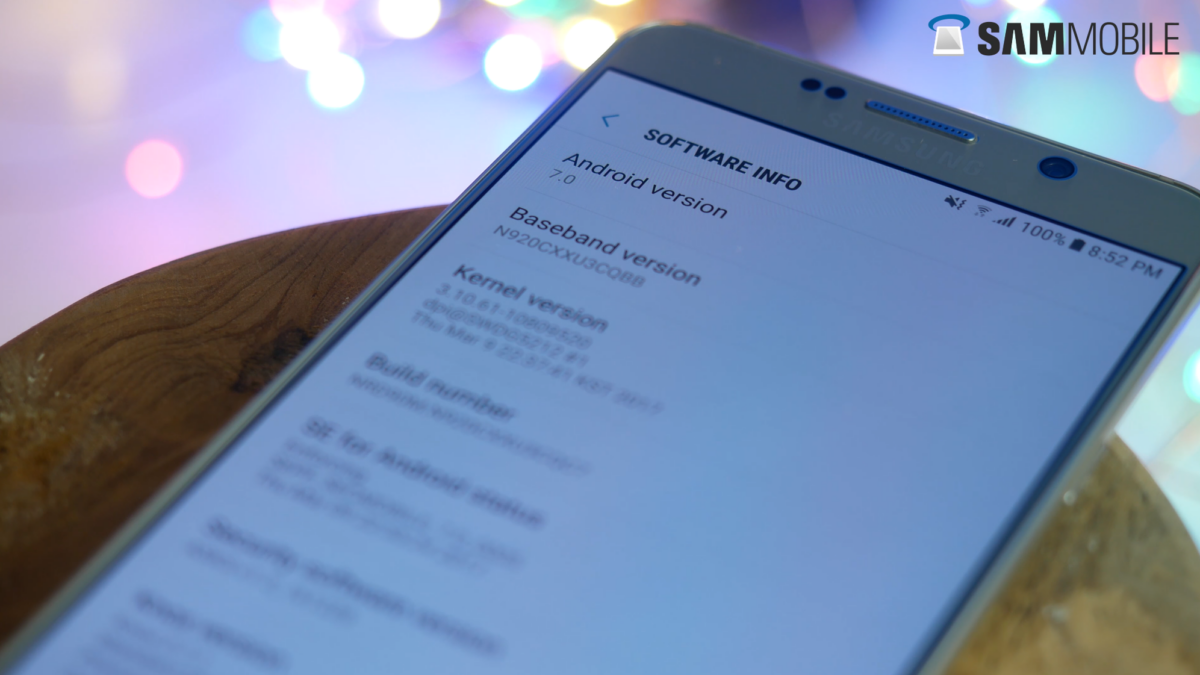 Sprint got the ball rolling on Android 7.0 Nougat for the Galaxy Note 5 and Galaxy S6 edge+ last week when it released the update for both handsets on its network. AT&T followed suit yesterday and released Nougat for its customers who own the aforementioned devices. Now it’s Verizon’s turn.

The largest mobile network in the United States is now rolling out firmware version N920VVRU3CQB9 and G928VVRU3CQB9 for the Galaxy Note 5 and the Galaxy S6 edge+ respectively. The updates weigh in at more than 1.3GB which was to be expected since this upgrades the device to the latest version of the Android OS.

Aside from all of the new features in Nougat that you already know about, this release also brings some Note 5-specific features such as the ability to create gifs, get instant translations or send messages with the S Pen AIR command menu. The S Pen can also be used to edit and markup PDFs.

Verizon is going to release Nougat for the Galaxy Note 5 and Galaxy S6 edge+ in stages so it’s going to be a while before the update is live for all users.