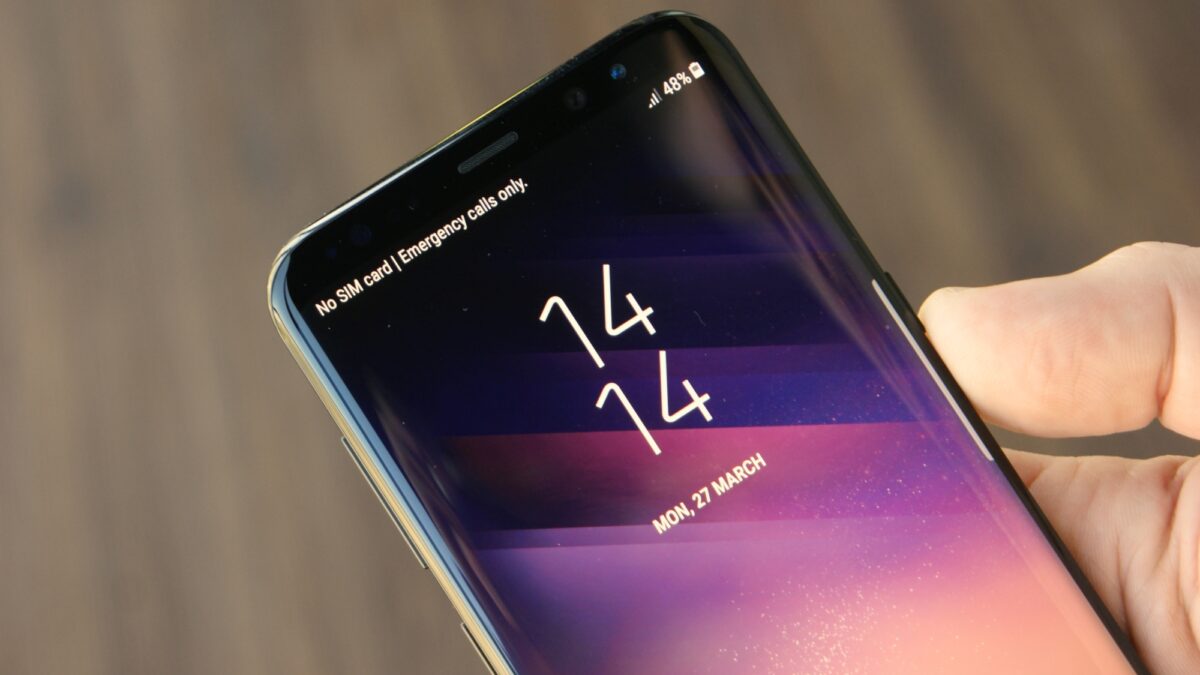 We’ve already told you that the Galaxy S8 offers the most security options of any smartphone on the market right now. You can use a pattern or a pin to secure access to the device or use the fingerprint sensor that’s placed at the back. The handset also has an iris scanner if you’d like to use that and it even supports facial recognition.

Samsung highlighted the facial recognition feature during its Galaxy S8 presentation a couple of weeks ago. It’s meant to take the pain out of the unlocking process. You just have to pick up the phone and it instantly does its thing and unlocks the device when it detects the owner. However, it appears that the feature can be fooled by just a photo of the owner.

A video is making the rounds online which shows a Galaxy S8’s facial recognition feature being bypassed with a photo of the person it’s supposed to detect. It takes a few tries as the photo is hovered on top of the device but eventually it recognizes the user and unlocks the device.

It remains to be seen if Samsung will improve the facial recognition feature’s ability to distinguish between a photo and a real face by the time the handset comes to market.

It’s pertinent to mention here that the photo used was taken at the same angle and distance that the face would normally be at when the handset was being unlocked by the user directly. Whether or not this loophole will be of any use if the photo is taken at quite a bit of distance or at an extreme angle is unclear.

Do you think that Samsung should have used a 3D camera on the front to make the facial recognition feature more secure or is this something that you’re not too worried about? Let us know in the comments below.