Samsung has started rolling out this month’s security update for the Galaxy J3 (2016) in Europe. The upgrade transports patches for a total of 73 Common Vulnerabilities and Exposures in the Android OS and an additional 12 fixes specifically for Galaxy-branded smartphones.

There’s one thing we should note, though. The OTA weighs in at approximately 170MB — so if you’re on a strict cellular data cap (say, around 1/2GB per month), you’re probably going to want to connect to a Wi-Fi network before downloading it to avoid incurring any nasty charges. 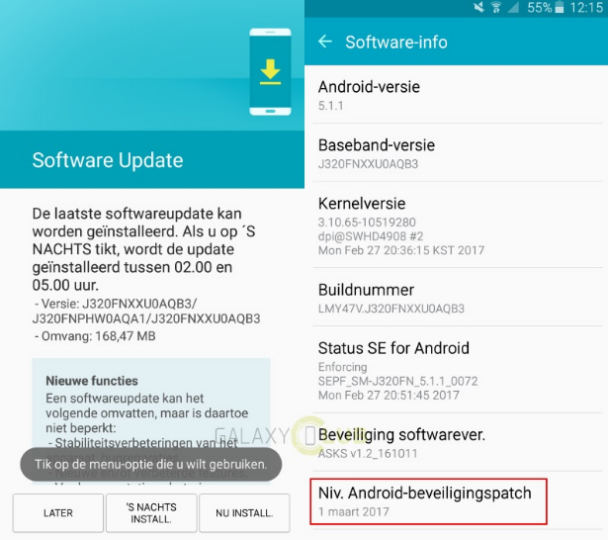