Is this the Samsung Galaxy S8 in violet? 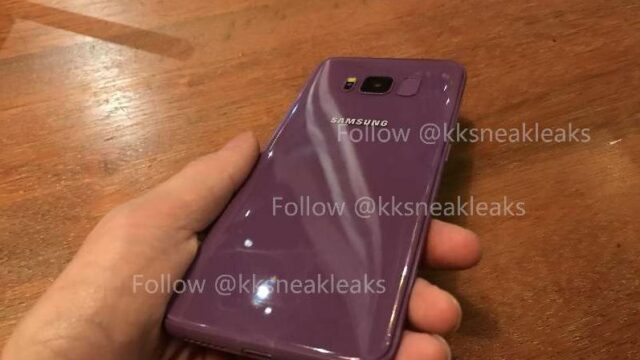 Recent rumors have suggested Samsung could introduce a violet color option with the Galaxy S8, and images have now surfaced online showing the device in the new paint job. The phone’s display isn’t on these images, but it certainly looks like the leakster has a prototype in his hands as he earlier shared photos showing the Galaxy S8 purportedly booting up with one of the recently leaked wallpapers.

If this is indeed the violet version of the Galaxy S8, we’re not sure we’re very impressed, as the color looks rather drab and boring. Particularly unattractive is the violet around the sides of the phone, and perhaps Samsung should have opted for a different color around the edges, like it did with the Blue Coral Note 7 and Galaxy S7 edge. The phone’s back also looks an awful lot like plastic, adding further insult to injury.

In any case, this is an interesting leak, one that could really frustrate Samsung should it turn out to be accurate. What do you make of the violet shade for the Galaxy S8?