While the Galaxy Note 4 was recently treated to the February security patch in Europe, on the other side of the pond T-Mobile has started rolling out the January maintenance release for its carrier-branded variant of the handset in the United States, reveals online blog TmoNews.

It’s unclear whether the update is making its way to the Galaxy Note Edge as well, but seeing as the two devices have received upgrades simultaneously in the past (on more than one occasion), you probably wouldn’t wrong in assuming that’s also the case with this release.

For those in need of a refresher (although, you shouldn’t need one — we’ve said it twice already today!), the January patch bundles fixes for a total of 67 Common Vulnerabilities and Exposures in the Android OS and an additional 28 patches specifically for Galaxy-branded smartphones. 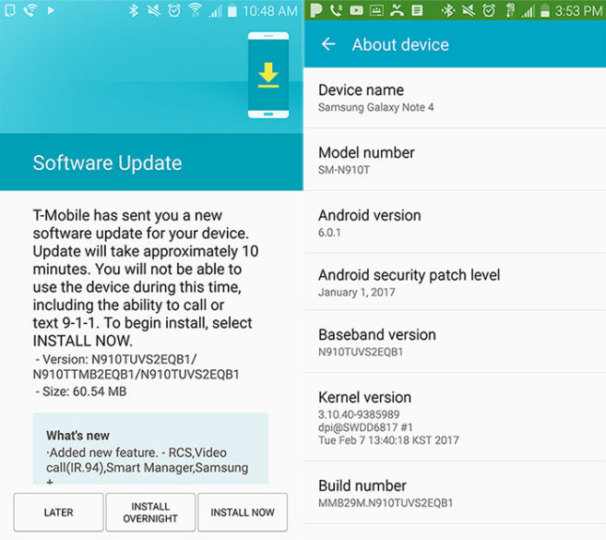