Do you have a more recent Samsung device that has still not been updated to the February security patch? If you do, you’re not going to like this one bit. Samsung has started rolling out the February security patch for the Galaxy Note 4 in Europe even though some of its recent devices have yet to receive similar treatment. However, it’s not like we’ve not seen the company do this many, many times in the past.

The unbranded version of the Galaxy Note 4 is now receiving the February security patch in Europe. The company is rolling out software version N910FXXS1DQB4 for the handset. Bear in mind that this is a device that’s not eligible for any more major Android updates so it’s not like the Galaxy Note 4 will be bumped up to Android 7.0 Nougat. It has reached its two-year cutoff date for major updates but at least users can rest assured that they have the latest security patch.

The update weighs in at just over 380MB so it likely includes some other optimizations and tweaks as well aside from the February security patch. If you own the Galaxy Note 4 and happen to be based in the region where this update is being rolled out now you should receive the over-the-air update notification in the near future. Alternatively, you can also download it from our firmware section. 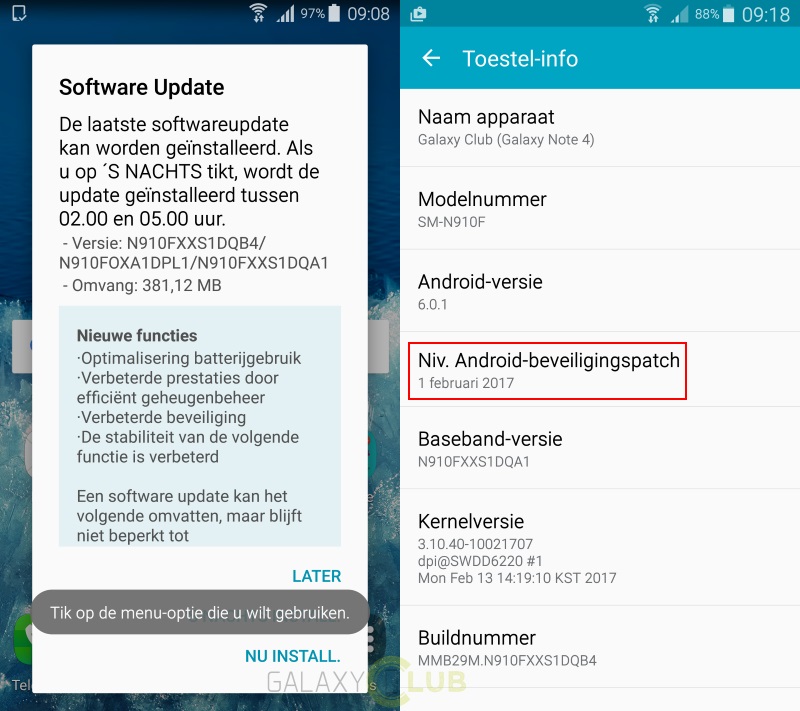