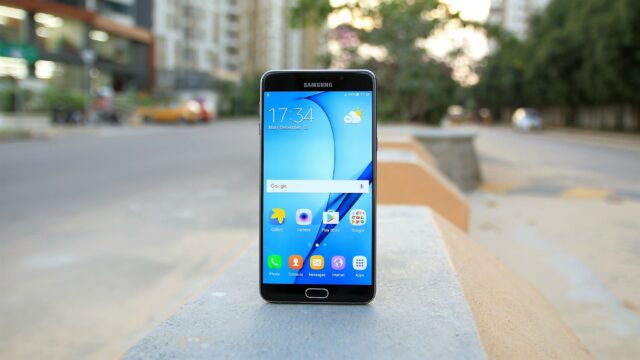 The Galaxy A9 Pro happens to be Samsung’s most feature-packed smartphone in its Galaxy A series. It was initially released in China back in March last year and the company brought it over to India in September. The handset was priced at Rs. 32,490 at launch ($485) but at a local event today, Samsung has confirmed that it has now slashed the Galaxy A9 Pro price in India.

Samsung confirmed today that it’s slashing the Galaxy A9 Pro price in India to Rs. 29,900 ($447). It’s a nominal cut but nevertheless, it will be welcomed by those who have been looking to purchase this smartphone, who doesn’t like saving some money after all?

Samsung has confirmed that the Galaxy A9 Pro will be available for purchase at this reduced price from local online retailer Flipkart starting March 3.

Exclusive: Android 7.0 Nougat confirmed for the Samsung Galaxy A (2016 …

Samsung Galaxy A9 Pro review: Insane battery life makes this one a win …