We’ve regularly been reporting about Samsung’s upcoming AI-powered voice assistant Bixby over the past few weeks. Bixby is said to compete with Alexa, Google Assistant, and Siri, offering support for 7-8 languages as well as visual search and text recognition features. The company has now filed a trademark application with the European Trade Mark and Design Network for Bixby’s logo.

As you can see in the document (with application number 016343931) below, the logo resembles the alphabet ‘B’ as well as the numerical ‘8’. The trademark application’s description closely matches to that of Bixby’s trademark application. So, we think that the logo is most probably for Bixby, which is expected to debut with the Galaxy S8 and the Galaxy S8 Plus. We can independently confirm that Bixby will offer support for voice commands in English, Chinese, French, German, Italian, Korean, Portuguese Latin, Spanish, and Spanish Latin languages.

The South Korean smartphone giant is also readying something called Samsung Hello, which might be an AI-powered Google Now-like service for the Galaxy S8 and the S8 Plus. What do you think about Bixby’s logo? 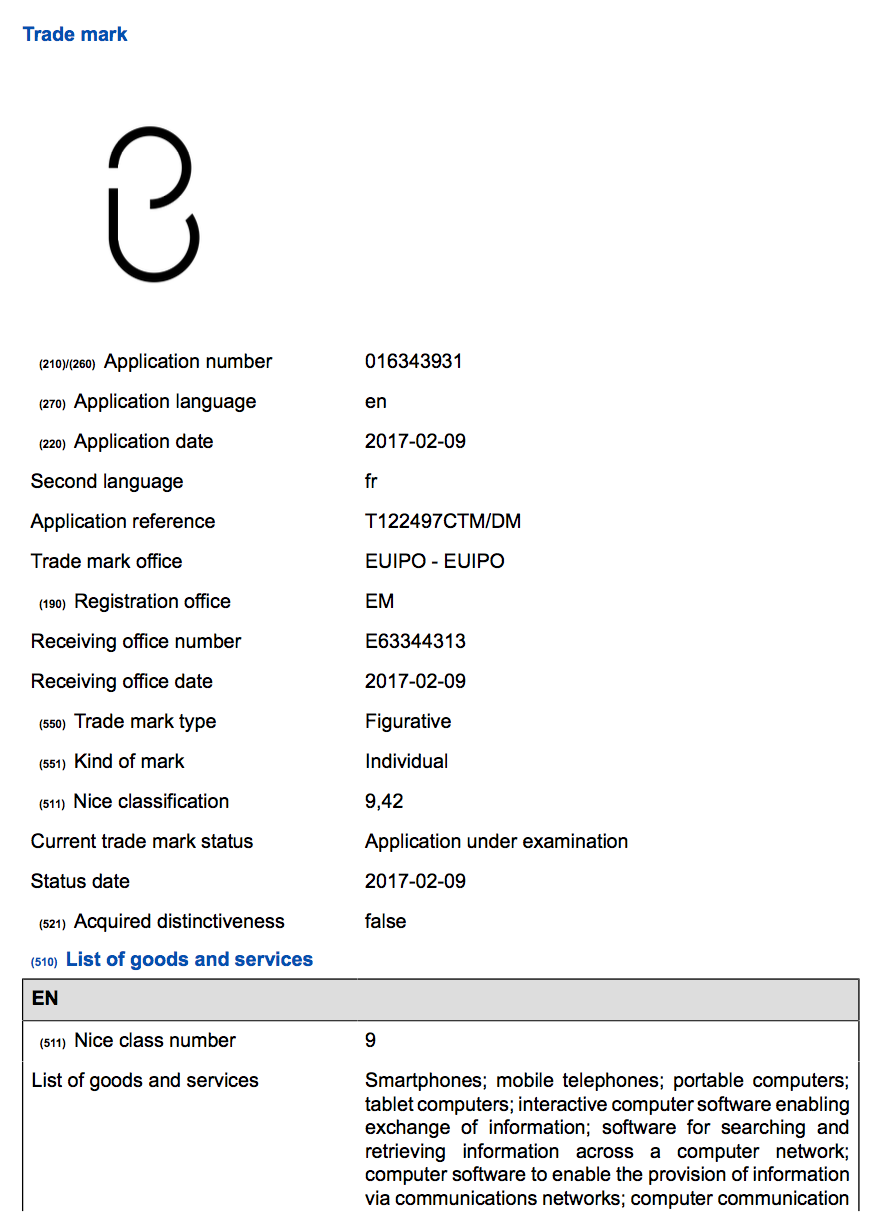 The Galaxy Watch 4 and Galaxy Watch 4 Classic will be Samsung’s first smartwatches in many years to be based on an operating system other than Tizen OS. They’ll run Google’s Wear OS with a fresh version of One UI for smartwatches on top, so unlike previous Galaxy wearables, the upcoming series will reportedly support […]