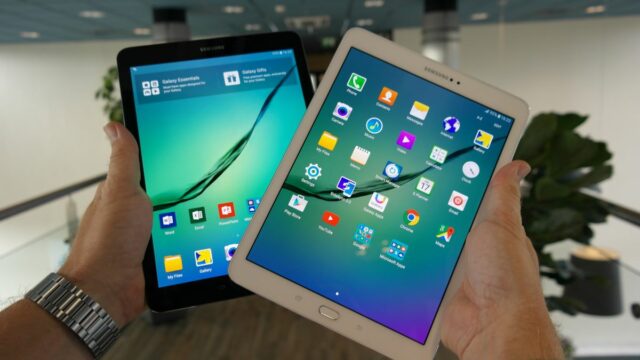 We have known for a few months now that Samsung is working on the Galaxy Tab S3. We reported two weeks ago when the LTE model of the Galaxy Tab S3 received its Wi-Fi certification, believed to be one of the final steps before a new product is deemed ready for release. There’s little information available about the Galaxy Tab S3 specifications at this point in time but someone on Chinese social media network Weibo is claiming to know what they are.

The person claims that the Galaxy Tab S3 is going to be powered by Samsung’s Exynos 7420 processor with 4GB of RAM. It’s also claimed that the new tablet is going to use the faster UFS2.0 storage which would provide a nice speed bump to the tablet as well. Additional specs are said to include a fingerprint sensor – which won’t surprise anyone – and a USB Type-C port.

Samsung is expected to launch Wi-Fi only and LTE models of the Galaxy Tab S3. The company didn’t unveil this tablet at CES 2017 so that leaves MWC 2017 next month and since it has already confirmed that the Galaxy S8 won’t be announced at Mobile World Congress 2017, hopefully it will make the Galaxy Tab S3 official.