Samsung saw some grim times after the launch of the Galaxy Note 7 and its subsequent recall, and analysts expected that the company would take a $17 billion hit due to the debacle of its flagship smartphone. However, Samsung has just surprised everyone by announcing that it is expecting a massive increase in its year-on-year operating profit for Q4 2016.

Bloomberg is reporting that a huge demand for memory chips for lower-end smartphones in China led to increasing prices, something that Samsung capitalized on. Analysts expect that the company’s chip business was responsible for 4.5 trillion won ($3.8 billion) of its operating income for Q4 2016. Moreover, weak Korean won is also said to be a factor for Samsung’s boosted income as the company only deals in US dollars for its component sales.

Even after the shocking recall of its flagship smartphone, the Galaxy Note 7, the company’s smartphone business is doing very well. The company introduced some special color variants of the Galaxy S7 edge, its current flagship smartphone, along with some decent mid-range smartphones in countries like China and India to keep the sales going. Samsung will announce final numbers for Q4 2016 by the end of this month. 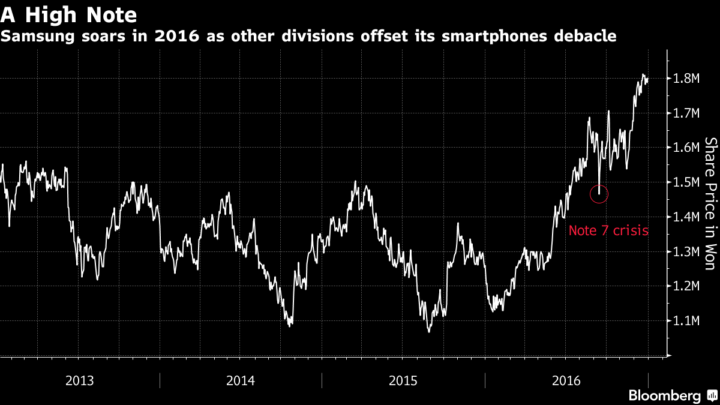