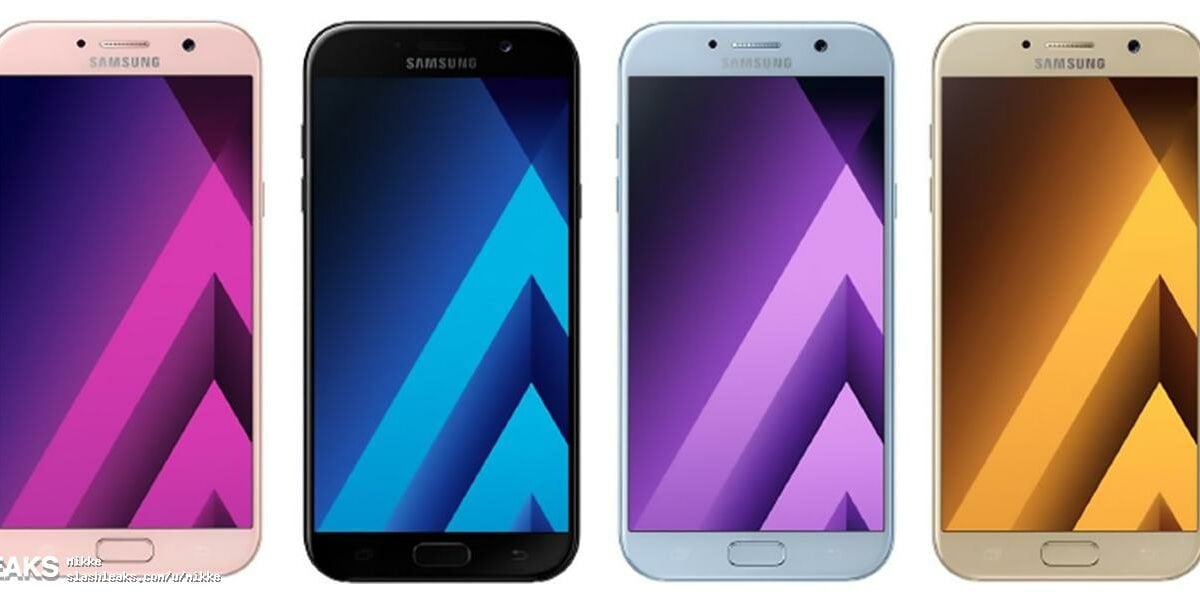 The Galaxy A5 (2017) – and the rest of the Galaxy A (2017) lineup – should go official any day now, as the device’s firmware are now available online and it will be soon more than a year since the Galaxy A (2016) devices were announced. A previous leak had revealed that the phone would be launched in four colors, and today we’re getting a look at what the A5 (2017) will look like with those paint jobs, in addition to its hardware specifications and pricing.

Samsung is bringing the Blue Coral and Pink Gold colors seen on its flagships to the mid-range with the A (2017) series; black and gold variants are also present, although we’re guessing the Blue Coral version will see the highest demand. Today’s leak also mentions the phone’s specs – a 5.2-inch Full HD display, octa-core Exynos 7880 processor clocked at 1.9 GHz, 3GB of RAM, 16-megapixel rear and front cameras, 32GB of internal storage, and a 3,000 mAh battery. The software version isn’t mentioned, but the A (2017) devices will launch with Android 6.0 Marshmallow in all likelihood.

The Galaxy A5 (2017) will reportedly be priced at around 2,699 Yuan ($390). China should be the first market to get the new Galaxy A smartphones going by the series’ history, although there’s still no word on when the official launch will take place.

What do you make of Samsung’s new Galaxy A lineup?