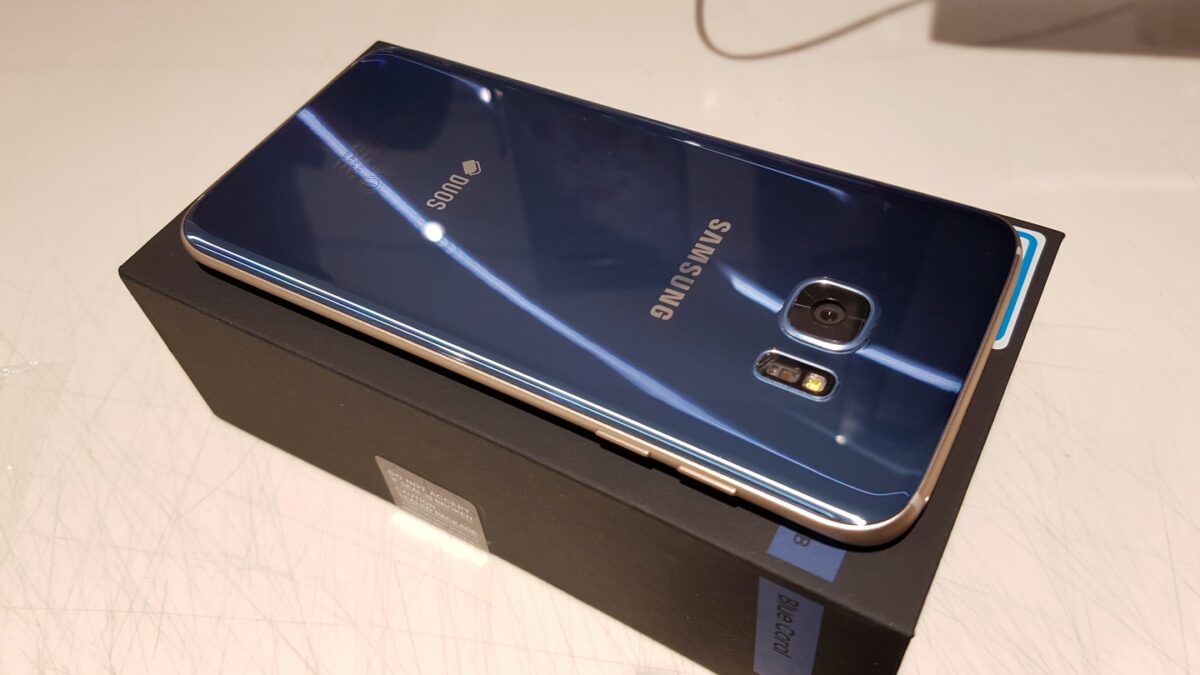 Samsung announced earlier this month that it had launched the Blue Coral Galaxy S7 edge in select markets across the globe. Customers in the United States can place a pre-order for one via AT&T but it was reported recently that T-Mobile might also sell this device. A new leak reveals that this is indeed the case and that T-Mobile is going to release the Blue Coral Galaxy S7 edge on November 18.

AT&T is the only carrier in the United States right now that’s taking pre-orders for the Galaxy S7 edge in this color. Verizon is expected to carry this handset as well but so far there has been no indication to suggest that Big Red will start offering this device soon. The leak shows that T-Mobile is going to release the device on Friday, November 18 which is actually the same day AT&T starts shipping its Blue Coral Galaxy S7 edge units.

No pricing details have been revealed but since it’s just a color change expect this device to cost the same as the Galaxy S7 edge already does on T-Mobile which is $69.99 down and $30 per month for 24 months or $789.99 at full retail.