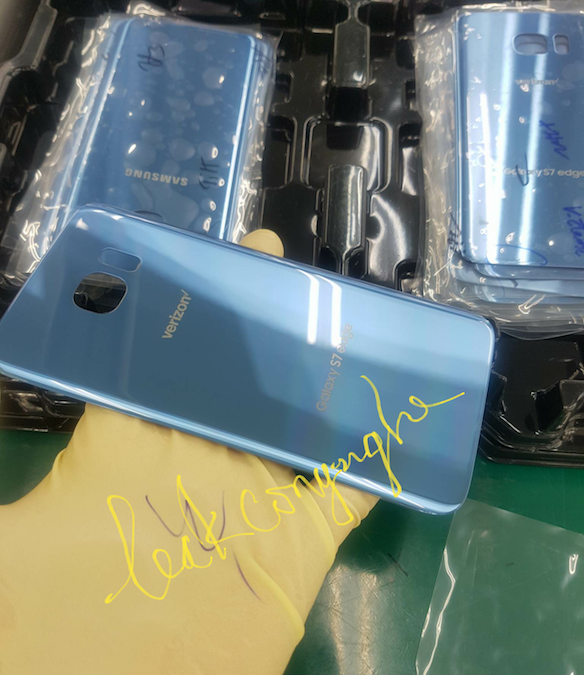 Samsung introduced the Blue Coral color option with the Galaxy Note 7 a couple of months ago. It quickly became the preferred options for those spending their money on the new flagship. Now that the Galaxy Note 7 is dead and customers have been told to return their devices, Samsung is reportedly going to ramp up production of the Galaxy S7 series to fill the void that its ill-fated phablet has left behind. Since the company might find it a bit difficult to reignite consumer interest in the Galaxy S7 given that it has already done well this year and its successor is just a few months away, it appears that Samsung will entice those who have still not picked up the Galaxy S7 edge by offering it in Blue Coral.

The leaked image shows us the rear shell of the Galaxy S7 edge in that beautiful Blue Coral color. We can also see Verizon branding and that’s because the accompanying report out of Vietnam claims that the Blue Coral Galaxy S7 edge will be first launched by Verizon in the United States before it’s launched elsewhere. The Blue Coral was certainly the preferred option for Galaxy Note 7 customers. Our poll found that nearly 50 percent of those thought about picking up the Galaxy Note 7 opted for Blue Coral so it can surely help reignite interest in one of Samsung’s best flagship smartphones.

It’s unclear right now when the Blue Coral Galaxy S7 edge is going to be officially announced. If it’s due to arrive in the near future, expect to see more leaked pictures in the coming weeks.