It’s been revealed that Oculus, the Facebook-owned company that collaborated with Samsung to produce the Gear VR and its accompanying software, has disabled its application from working with the Galaxy Note 7 following numerous reports of ‘safe’ replacement models catching fire while on charge.

Oculus’ decision to revoke access was first reported on reddit when a user received an error message while attempting to pair his Galaxy Note 7 and Gear VR informing him that “customer safety is Oculus’ top priority” and that until further notice, it’s “removing support for all [Note 7s] on the Oculus platform.”

Obviously, the last place you — and Samsung, for that matter — want your Galaxy Note 7 to burst into flames is on your face. We wouldn’t be surprised if the South Korean company reached out to Oculus requesting that it remotely disables its Gear VR companion application. 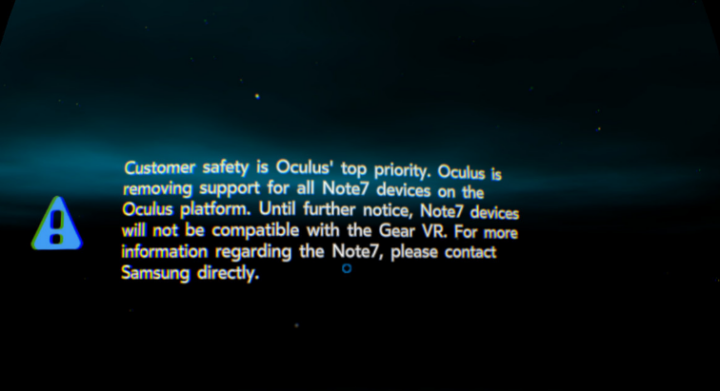