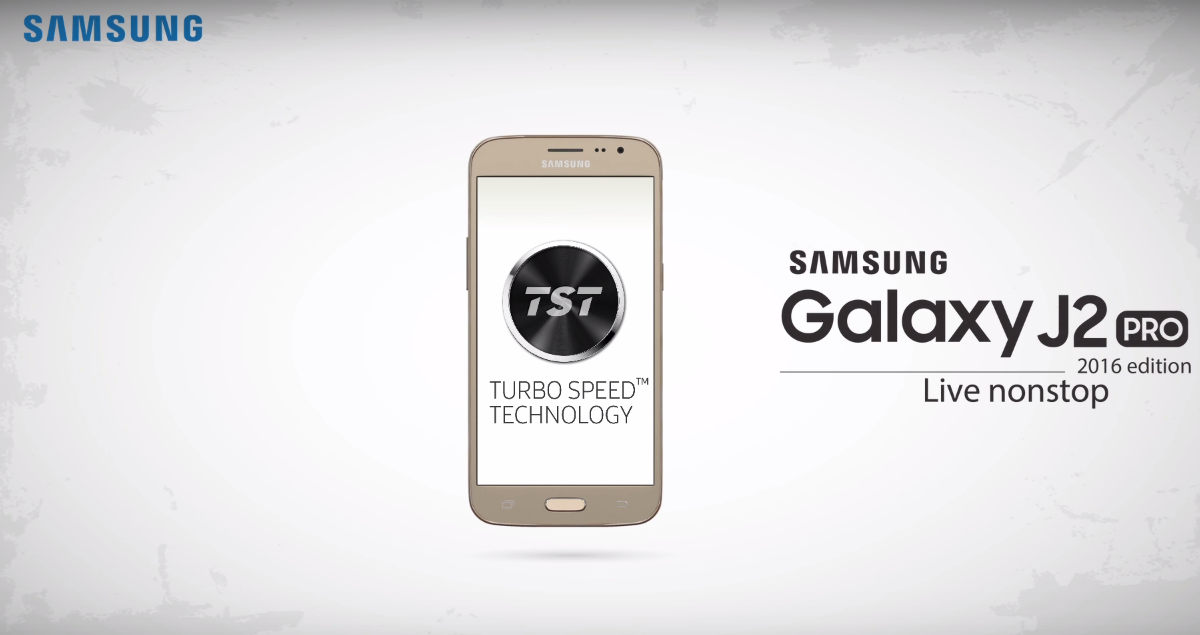 On Monday, Samsung unveiled the latest smartphone in its Galaxy J lineup, the Galaxy J2 Pro. The handset was developed with the intention of succeeding in the areas where the Galaxy J2 (2016) didn’t hit the mark. To do this, the firm bundled an extra 0.5GB of RAM on the device and doubled the amount internal storage. It also integrated its new Turbo Speed Technology (TST) RAM management engine, which it claims is capable of loading “ applications up to 40 percent faster than a unit with double the RAM capacity.” Unfortunately, at the time of announcement, it was unclear how the utility functioned, but the company has taken to its YouTube channel to share a short video detailing what goes on when TST is running behind the scenes.

Check it out below:

Samsung has been releasing the April 2019 security update to more and more devices each day. The Galaxy J4, Galaxy J2 Pro, and Tab S3 are the latest batch of Samsung devices to get this update. These devices have started receiving the said update in various markets around the world in the last couple of […]

It’s nearly mid-July, but Samsung is yet to release the latest security patch for most of its devices. The company kicked things off last weekend, though, by bundling the July 2018 security patch with the Android 8.0 Oreo update for the Galaxy A8 (2018) and Galaxy A8+ (2018). As has been the case for a […]

May 2018 security patch update released for the Galaxy J2 Pro

Yes, you heard that right. Samsung has released a new budget ‘smartphone’ in South Korea without any form of Internet connectivity onboard. The new Galaxy J2 Pro from Samsung Korea is primarily targeted at students who seek to avoid distractions on the Internet. The device is also suitable for older people who find too many […]