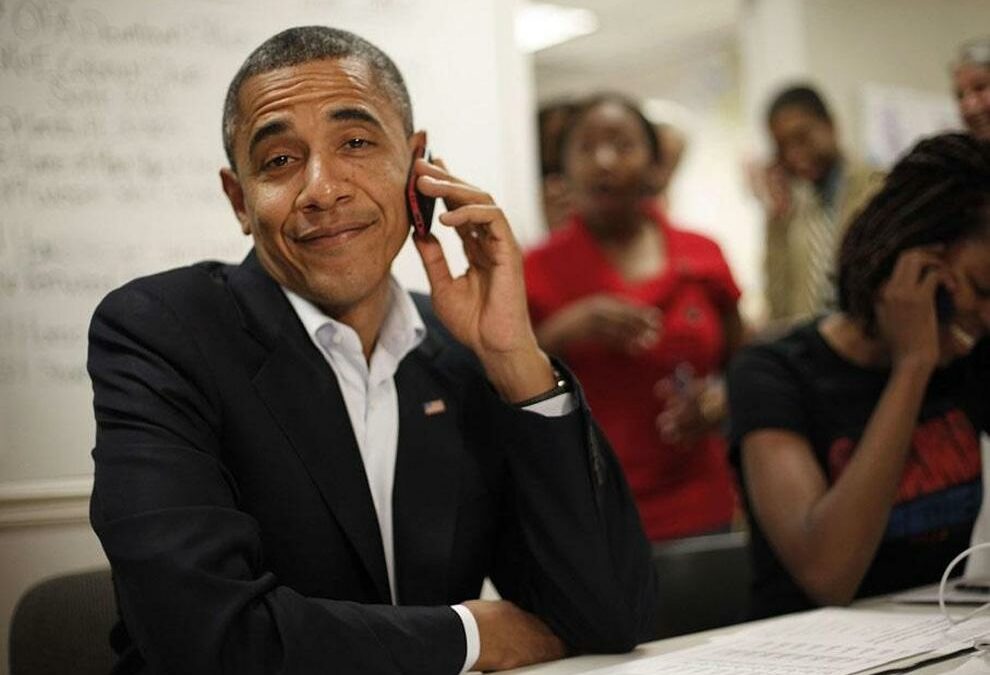 US President Barack Obama has long been known to love BlackBerry handsets. When he first claimed the White House in 2009 he pushed to keep his BlackBerry but the agency that provides communications to the White House handed him a special BB 8830 with extra security features for unclassified email and calls. The world has come a long way since 2009 and with other OEMs significantly improving their security features, BlackBerry no longer enjoys the exclusivity in government and military circles that it previously did. Obama has now been issued a new smartphone that’s not a BlackBerry, the president revealed during his appearance on Late Night with Jimmy Fallon earlier this week, he didn’t mention the handset by name but it’s most likely a “hardened” Samsung Galaxy S4.

If it’s not a BlackBerry then it’s most likely the hardened Galaxy S4, because that is the only mobile device that’s supported by the Defense Information Systems Agency, that’s the agency that provides communication services to the White House. The Galaxy S4 is the only device that’s currently supported under the DISA’s DOD Mobility Classified Capability-Secret (DMCC-S) program, it’s the first commercial handset that was given the approval to connect to the Secret classified DOD SIPRNet network. US Secretary of State John Kerry was one of the first members of the national leadership to have been issued a hardened Galaxy S4.

It may look like a normal Galaxy S4 but it’s far from it. There are layers upon layers of additional security measures like Android apps being restricted to a selection from the DISA’s Mobile Application Store (MAS) and no user-accessible camera. The president’s hardened Galaxy S4 takes it one step further, he told Fallon that his new phone can’t even make calls, play music, or even let him text. The phone is most likely restricted to secure VoIP functionality that’s controlled from a secured external switchboard. Obama compared it to an infant’s toy phone on the show because it’s so restricted in its functionality, but as they say, with great power comes great responsibility and when you’re the president of one of the most powerful nations on the planet you have to make some sacrifices, but I’m sure he’s already well aware of that.