Samsung has been slowly and steadily adding new features to its activity and fitness tracking platform S Health. The last major update to the smartphone app was released a couple of months ago after which it could automatically detect runs and walks. Now, Samsung has released yet another update to the app, which is available through the Play Store.

After the latest update (version 4.8.0.0085), the S Health app now lets you compare your step counts with friends and your age group. Moreover, the app can now combine and show all steps captured through the smartphone, connected wearable devices, and compatible third-party apps. The update also brings an ability to export blood glucose, blood pressure, and heart rate data as HTML, PDF, and XLS files.

You can now quickly measure heart rate by placing a finger on the sensor and turn the device over. However, the Quick Measure feature needs to be activated in the app. The updated app also lets users sync blood glucose data wirelessly from external Bluetooth-enabled blood glucose meters. As usual, the update comes with various bug fixes and performance improvements. 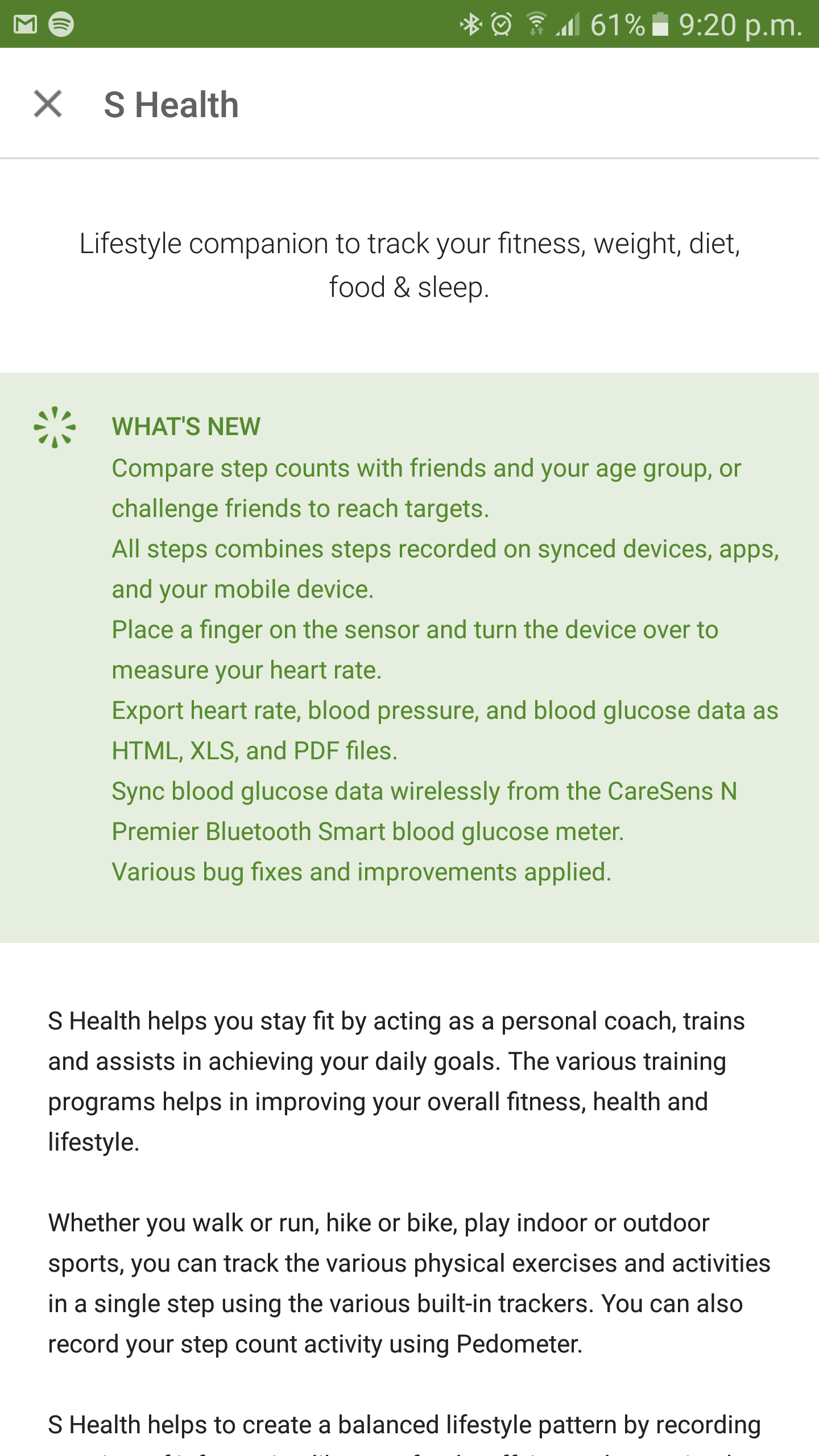 Samsung has updated its S Health application with support for the Gear Sport (SM-R600). It’s worth menti …

Samsung has updated the S Health app today with some new features. Version 5.1.1.0005 of the app, which can be …

Samsung had announced a bunch of new features for its S Health fitness tracking app last month. Now, the comp …

Just as Samsung announced the Gear Fit 2 about a month ago, the company has added some new features to the S H …