With the Galaxy A3 and Galaxy A5 (2016), Samsung also launched the Galaxy A7 (2016). In terms of appearance, the new A7 looks the same as its siblings, but the screen has gotten larger at 5.5 inches. It’s considered the perfect sweet size for phablet smartphones, and Samsung’s new Galaxy S7 edge and even Apple’s iPhones employ a 5.5-inch display.

Let’s see how the Galaxy A7 (2016) distinguishes itself from the other new A series phones, and whether it holds up to the on-paper specifications in the real world. 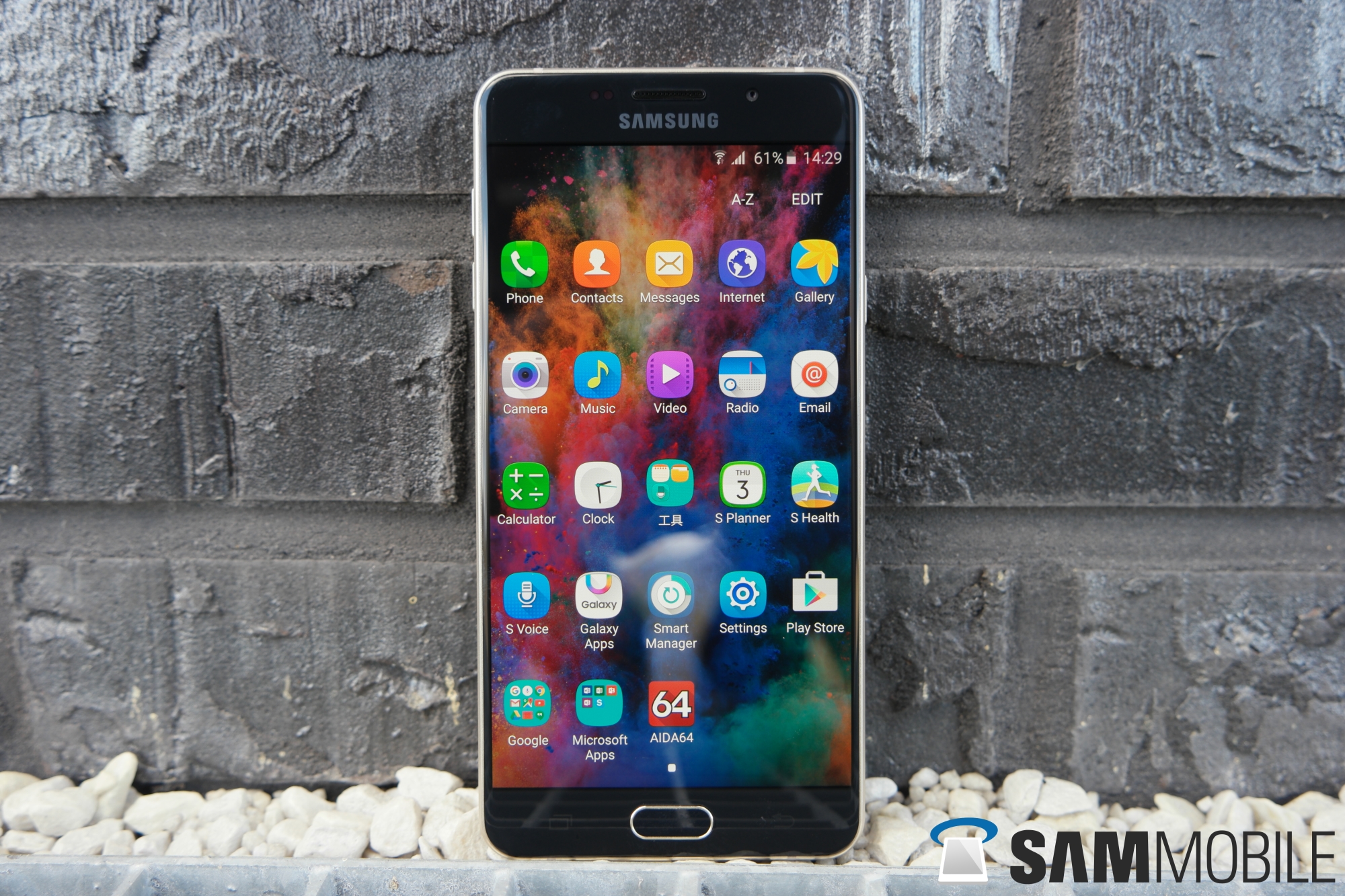 Like the other Galaxy A (2016) phones, the Galaxy A7 sports a metal and glass construction that is also similar to the Galaxy S6. The phone has a beautiful 2.5D glass on top that is slightly raised from the sides. It looks great, though once again there’s this nagging feeling that this will scratch quite easily. 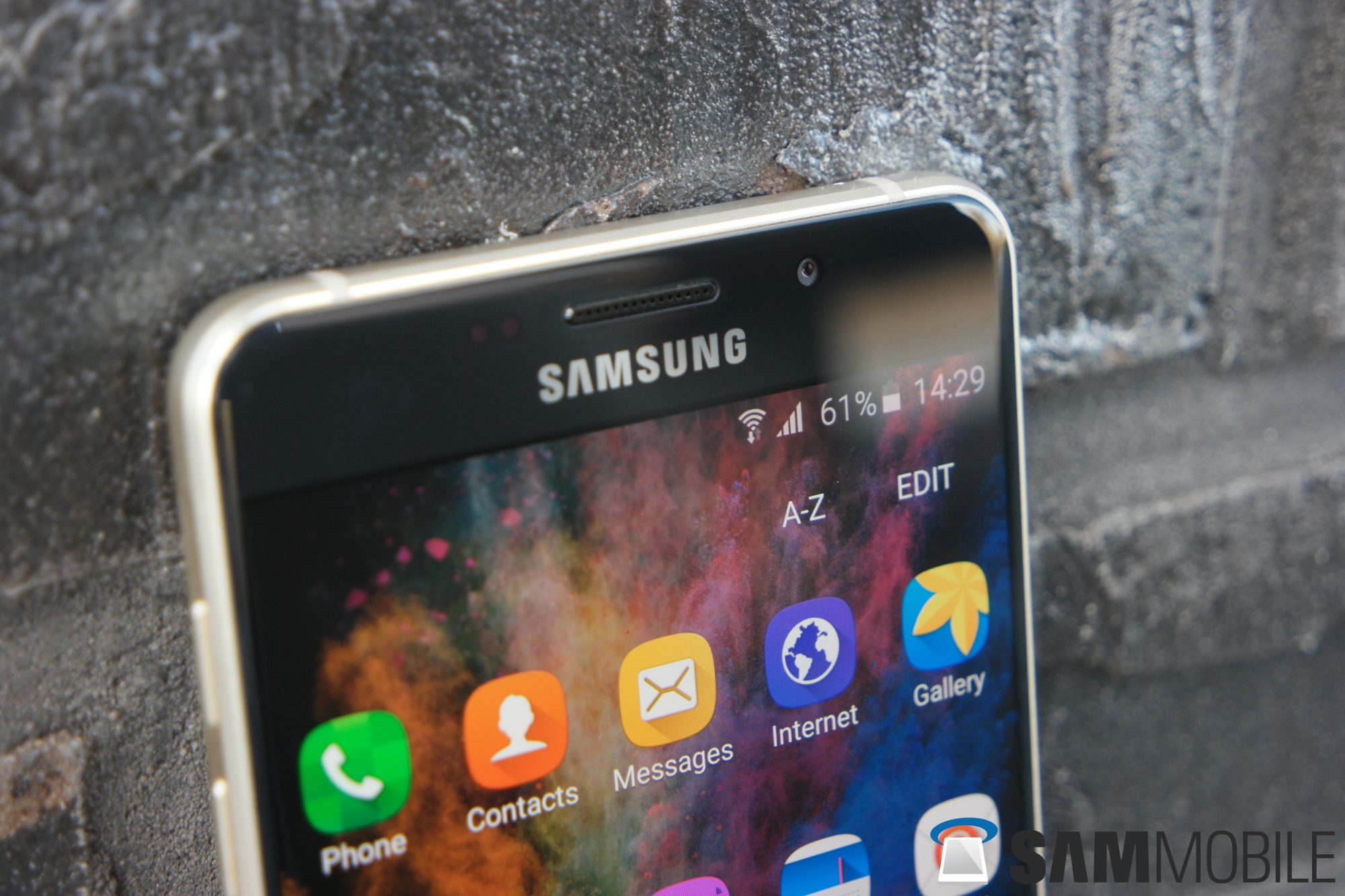 The A7 is a step below the A9 with its 5.5-inch screen, and with the minimal bezel this phone is a pleasure to hold. It’s slippery, as is expected with so much glass on a device. In terms of weight, at 172 grams this isn’t the lightest phone around, but it does have a solid feeling when you’re holding it in the hand.

We got the gold version of the A7 (2016), and I have to say I like this version of gold better than the Galaxy S6’ “look at me” gold color. The phone looks really good when you look at it from the front – a big slab of black Gorilla Glass 4 with a subtle gold rim surrounding it. The home button as a gold highlight as well. 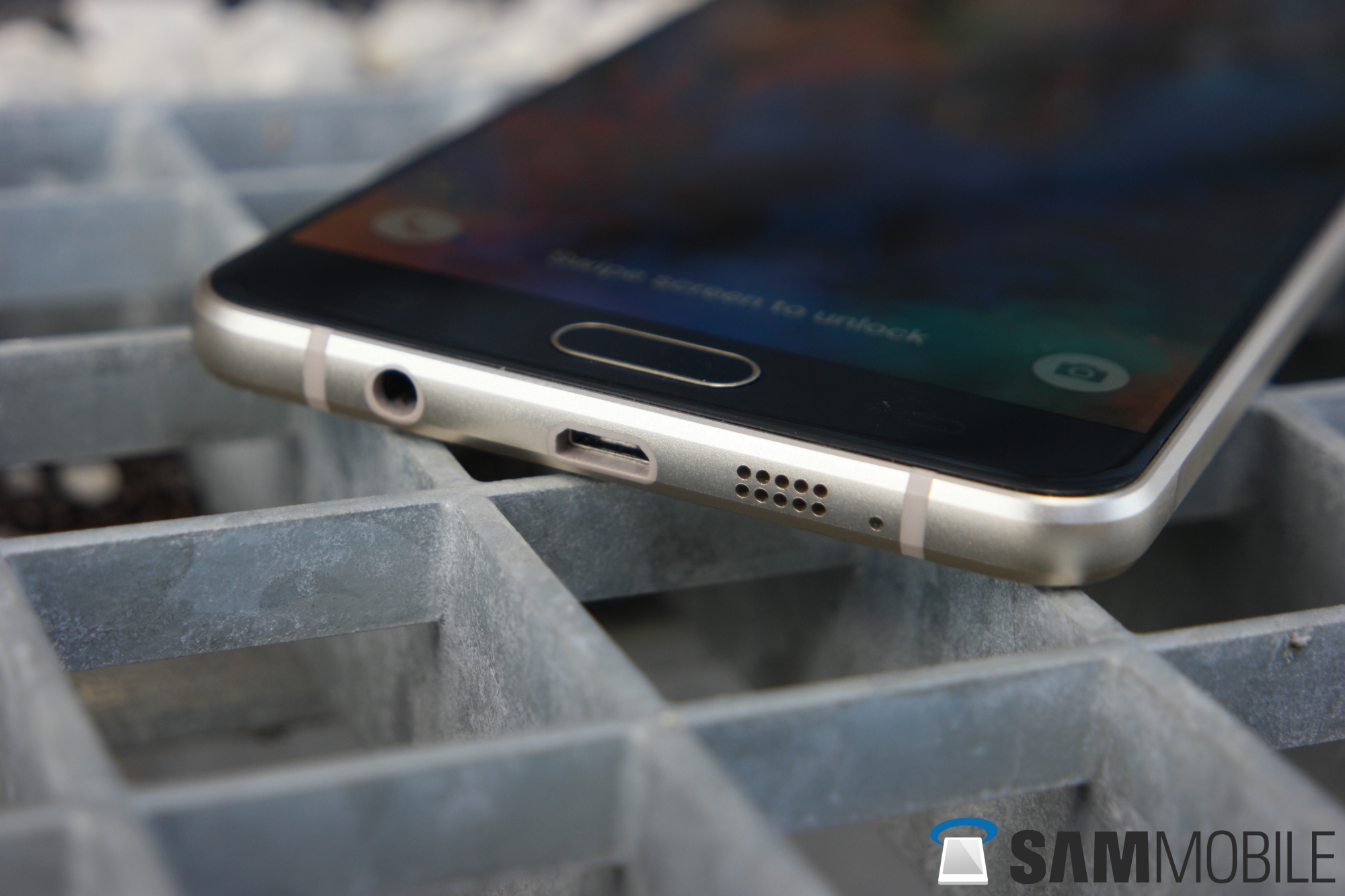 In terms of aesthetics and button placements, everything is exactly the same as that on the Galaxy A5 (2016) or the Galaxy A9 (2016), so we’ll let you read up on these aspects in the reviews for those phones. All in all, the Galaxy A7 has a beautiful design, the best you can get on any mid-range phone on the market. It’s slippery, but that’s about its only negative aspect. 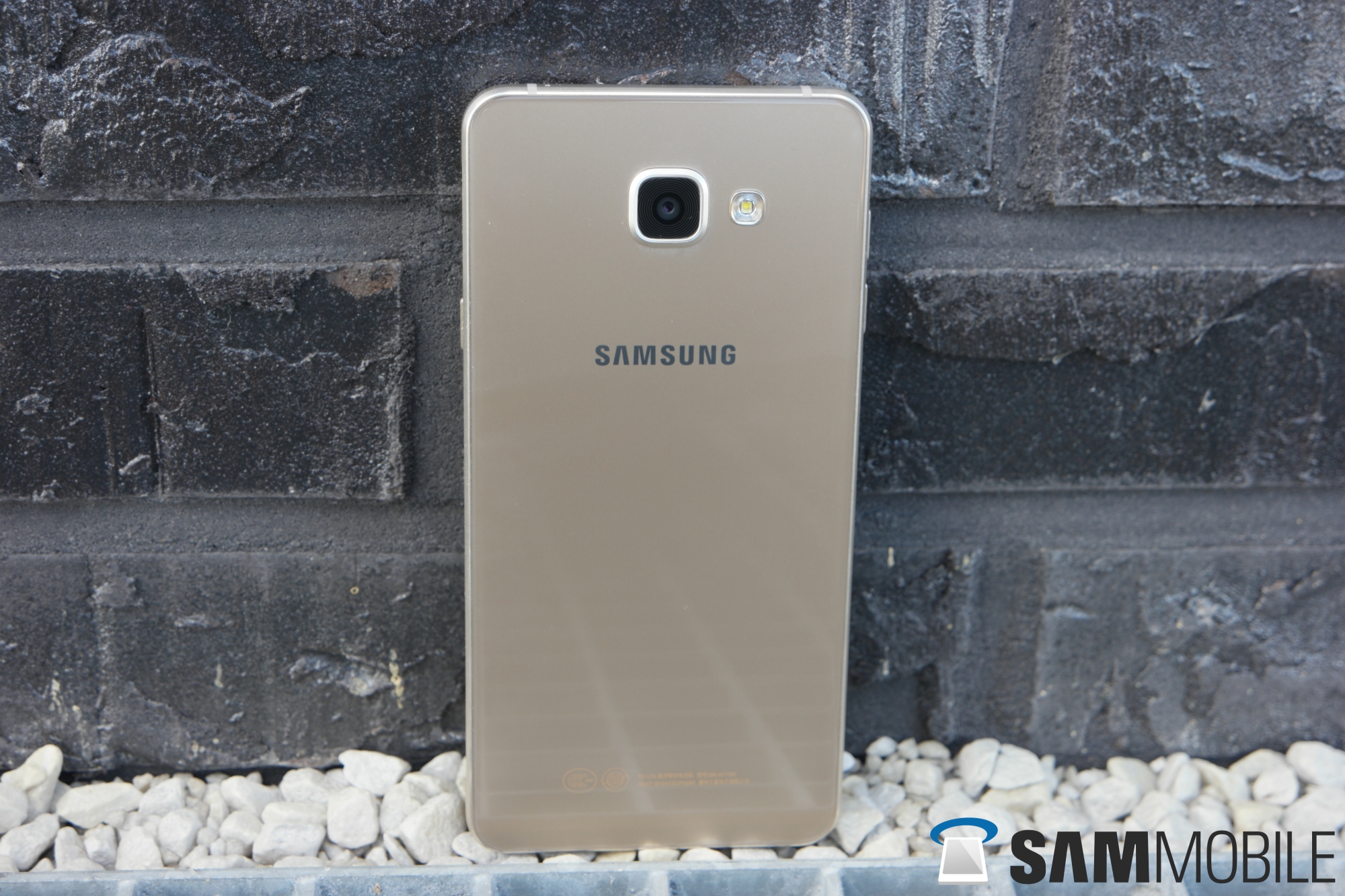 The Galaxy A7 sports a 5.5-inch Full HD Super AMOLED display. The pixel density is 401 ppi and the phone rocks the usual Diamond PenTile pixel layout.

The display has popping colors and high contrast ratios, in addition to very deep blacks and satisfying viewing angles. As usual, the phone comes with the Adaptive Display mode out of the box, which is what gives the display its popping yet unnatural look. The basic and AMOLED photo modes are more accurate, and the latter is a good middle ground between a punchy display with saturated colors and one that is too drab and LCD-like. The screen can get really bright under the sun so you shouldn’t have any trouble making out what is on the screen.

Samsung is known for its great smartphone cameras, but the Galaxy A7 (2016)’s camera disappoints like the one on the other new A series phones. The rear camera is a 13-megapixel unit while the front houses a 5-megapixel camera. On full resolution the rear camera shoots at 4:3 aspect ratio, with 16:9 available at the 9.6 megapixel setting. 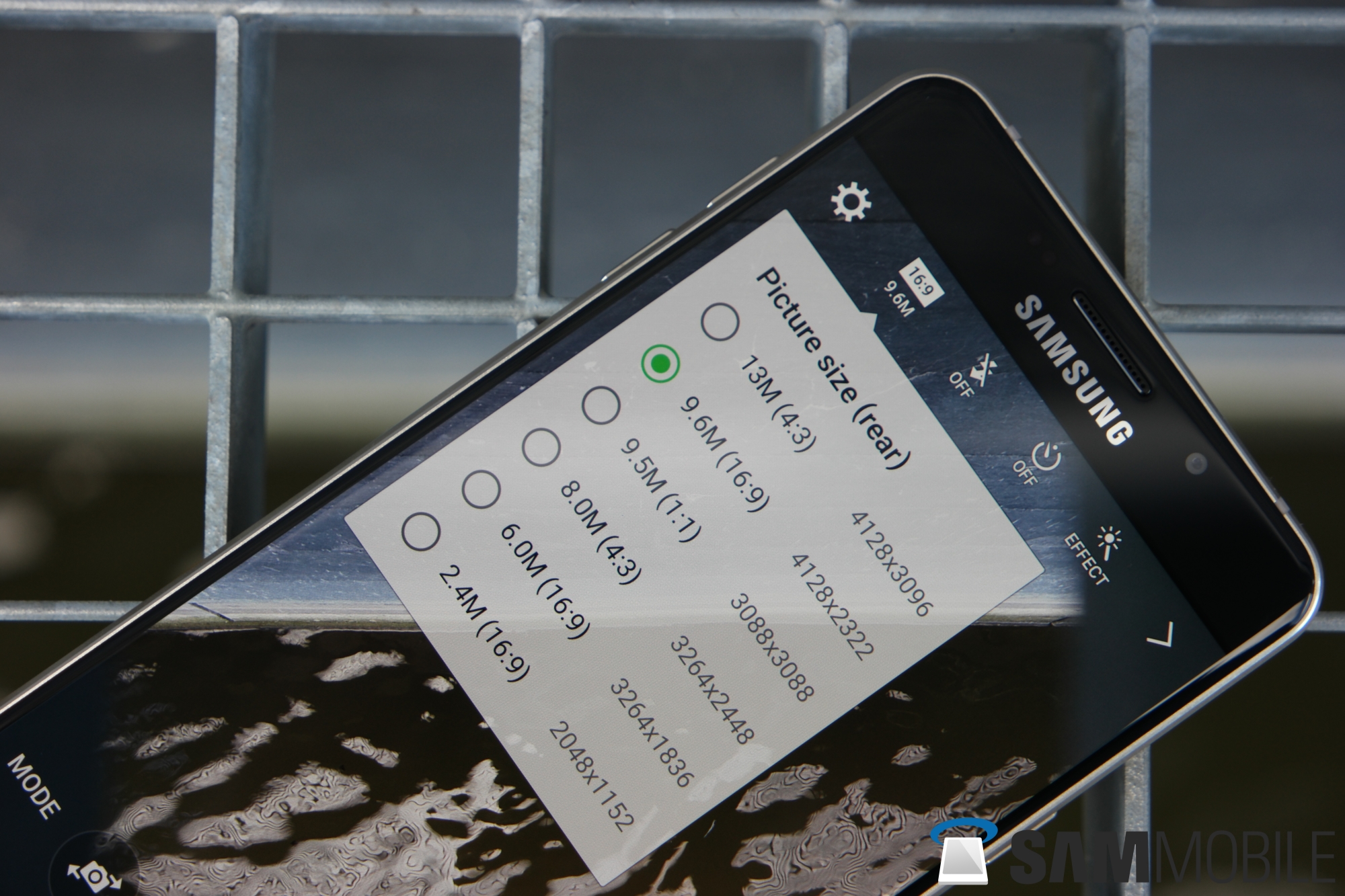 The photos are at par with those from the Galaxy A9 and you’ll pretty much get exactly the same pictures on both. In daylight pictures come out decent with a fair amount of detail and color reproduction and little to no noise. Go indoors, and things change drastically. The pictures lack detail and sharpness, and the quality of pictures goes down in proportion with the lighting conditions. Just like the A9 the A7’s camera misses out on color reproduction. For example, the light from my lamps turns up more yellow than it actually is. Autofocus is also a problem – it’s not quick enough so you will often see yourself missing out on the moment you want to capture. 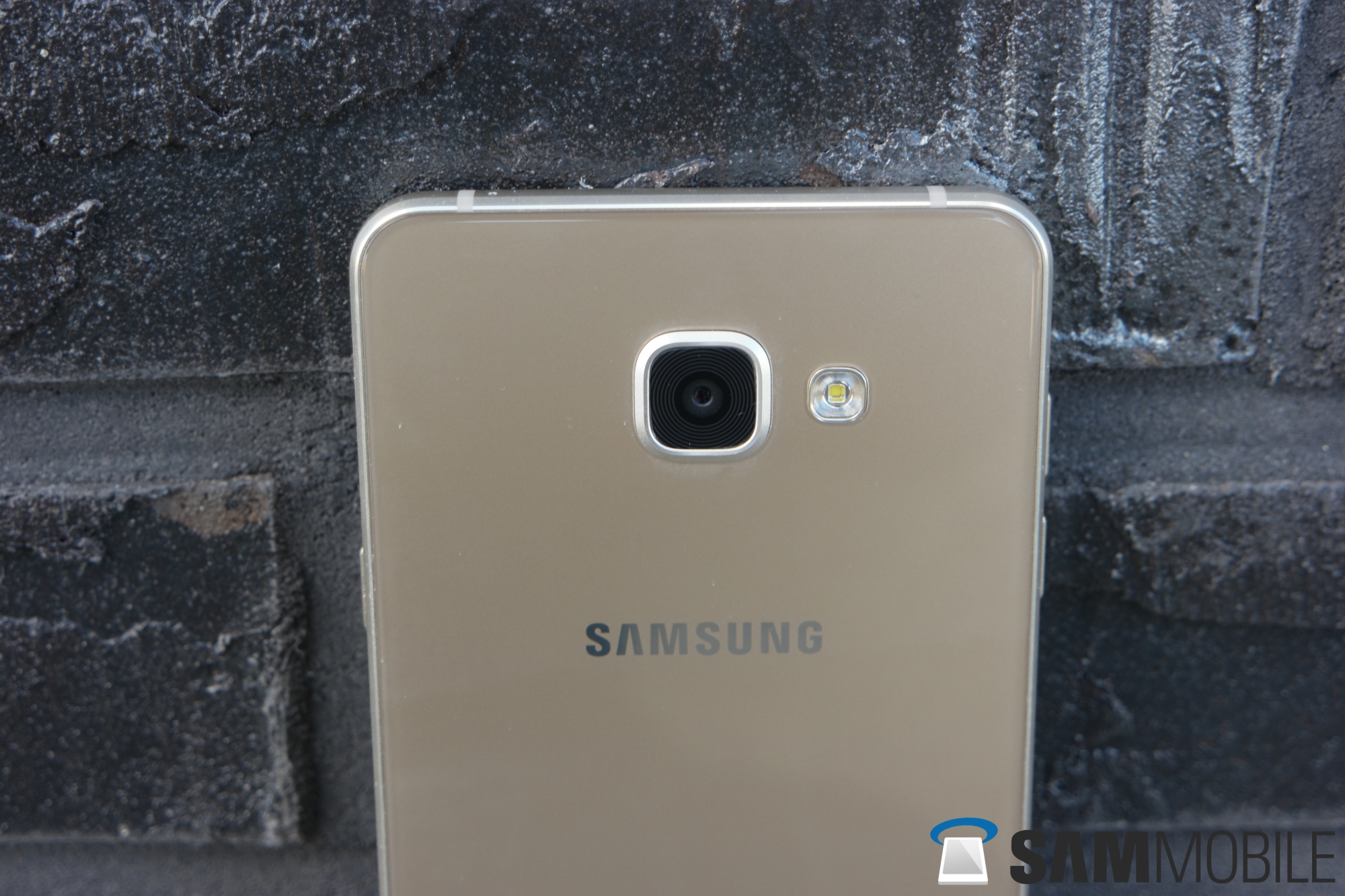 Here’s a tip: use HDR at all times to take slightly better pictures. This also has a tradeoff though – you will need to keep your hand still for a few seconds to take a proper photo on HDR mode. There is no real-time HDR unlike Samsung’s flagship phones, but HDR does get you better shots in many conditions.

The 5-megapixel front camera shoots acceptable pictures. The quality is exactly the same as that of the A9’s, which means similarly washed out colors and lacking sharpness in pictures. The A9 offers slightly more detail because it has an 8-megapixel sensor for the front camera, but overall the quality of selfies isn’t considerably different between the two devices.

As for video, the overall recording experience is okay. It’s not great, though optical image stabilization helps in making sure you get smooth videos without much shake. 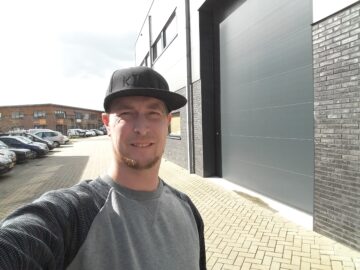 The Galaxy A7 (2016) runs Android 5.1.1 Lollipop (not Marshmallow, as expected) out of the box, and the TouchWiz interface is the same as the one found on all the phones launched after the Galaxy S6. This means you have themes support, Smart Manager, and all the optimization Samsung introduced with the S6 lineup last year. Everything is identical to the S6 family, though a few features like Direct Call and wallpaper motion effect are missing. For a better look at the software, check out our Galaxy S6 and Galaxy S6 edge review. 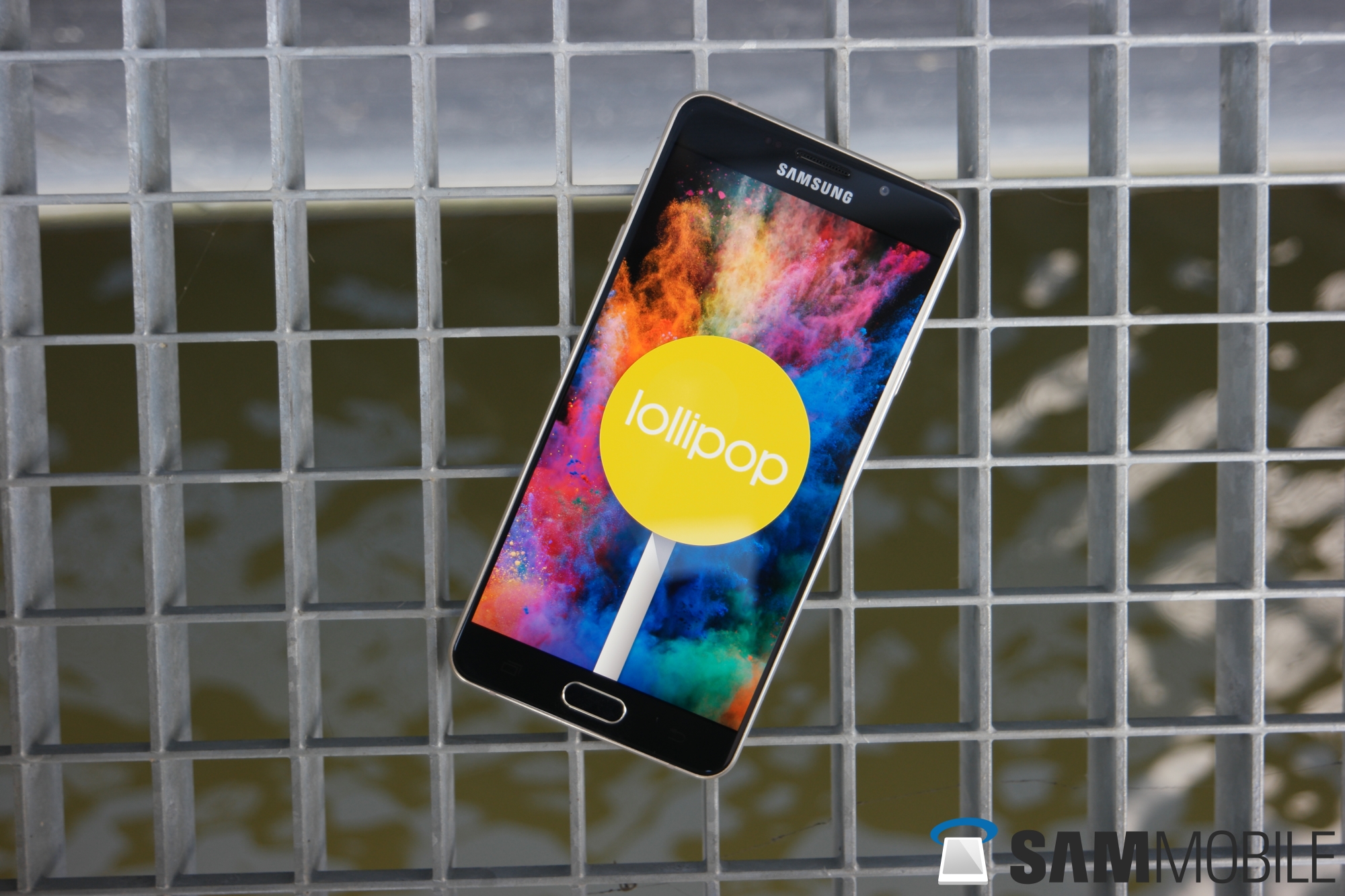 The A7 is powered by Qualcomm’’s Snapdragon 615 chipset (there is also an Exynos variant) with eight processing cores – all of them Cortex-A53 cores clocked at 1.7GHz, along with the Adreno 405 GPU. There is 3GB of RAM, and our review unit had 32GB of internal storage and support for a 128GB microSD card.

The A7 feels snappy and smooth most of the time we used it. Its performance isn’t consistent, and you will notice lockups once in a while. It seems to be a trend with the A series; sometimes the lag happens without a reason when you’re not doing anything heavy or resource intensive. The multitasking issue is present here as well – I could only go back to about five apps before the phone started shutting them down. Why Samsung hasn’t fixed this in a year is beyond us.

As for games, the A7 handled every title well, though it did get a little hot after extended periods of play (we test games like Ridge Racer Slipstream, FIFA 16, and Real Racing 3). The Snapdragon 615 struggles more than the Snapdragon 652 on the Galaxy A9, and tends to run hotter than the larger Galaxy A.

Battery life on the A7 is wonderful. I never had the feeling I would run out of batter at the end of the day. The 3,300 mAh battery, which is bigger than the battery on the Galaxy S6 edge+ and Note 5, has great endurance. The power optimization feature is present here as well, which prevents apps that haven’t been used in a while from using too much battery by putting them in a sleep state

Both the regular and ultra power saving modes are present here, which are great for extending battery life further than the already impressive endurance offered with regular usage. These modes save power by scaling down the CPU, limiting background usage, and turning the screen to grayscale in case of the ultra power saving mode.

This year the A series has the same speaker placement as the S6 – at the bottom. It is still not the ideal spot for a speaker – you often block it with your finger when you’re holding it in landscape mode. The sound through the speaker is loud, but it feels a little tinny.

Sound through headphones is considerably better – it’s well balanced but the volume is still not as high as we would expect. The bass sounds punchy and the treble is nice as well. Samsung’s SoundAlive feature is available, so you can set the sound quality to your liking through various controls and presets. 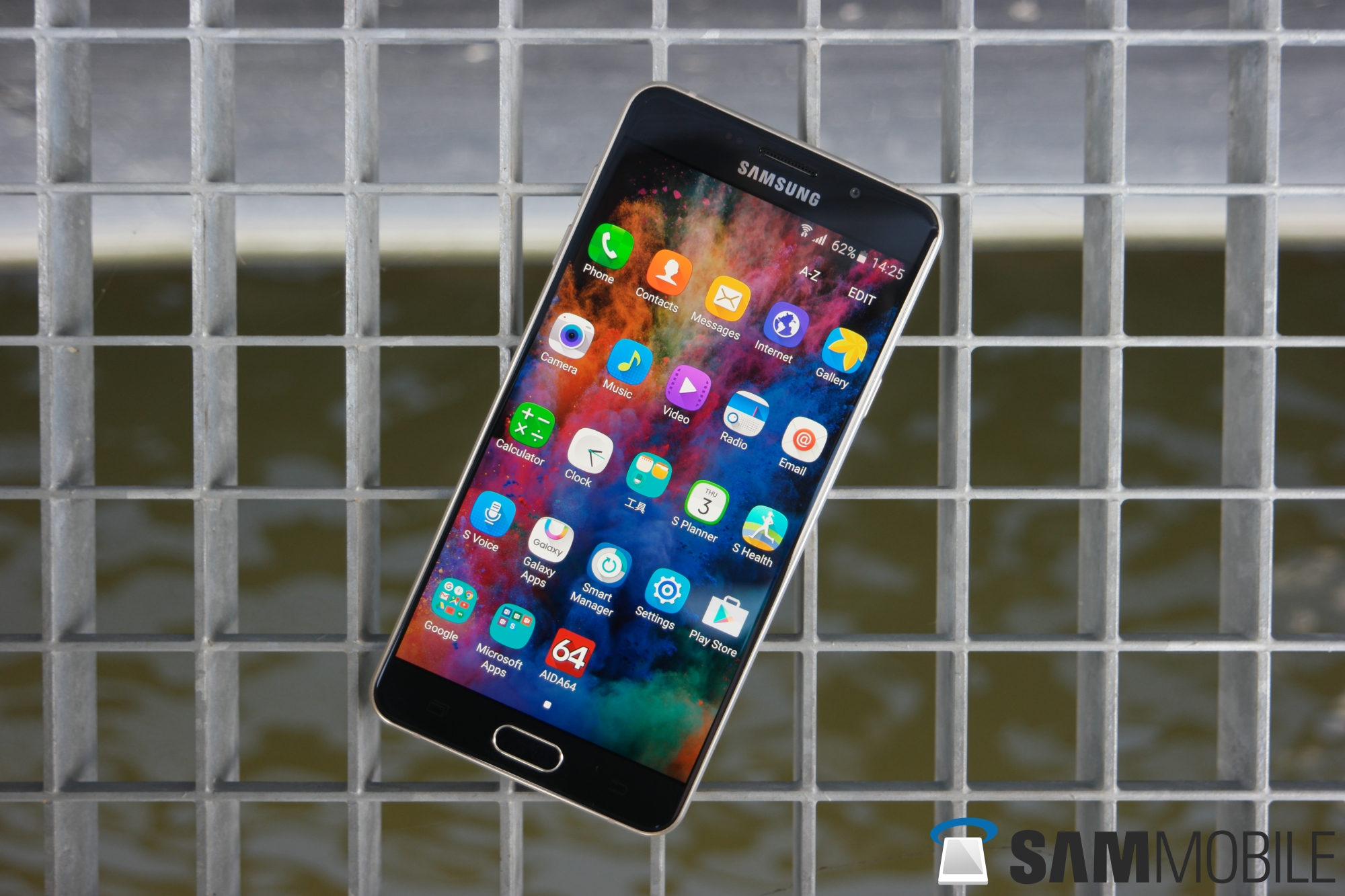 To sum things up, I think this is the best phone in the 2016 Galaxy A series. It has a gorgeous design, the 5.5-inch display hits the sweet spot, and battery life is insanely good. The camera could have been better – if not quality, it could at least take pictures in 16:9 aspect ratio being a 13-megapixel sensor. There’s a fingerprint scanner on-board as well along with Samsung Pay support.

The Galaxy A7 (2016) is an outstanding mid-range device. We only wish the price tag wasn’t so high and that Samsung would make it available in more markets. The Galaxy A3 and Galaxy A5 (2016) are great alternatives if the A7 isn’t available in your country, and you can check out our review of both devices here and here.