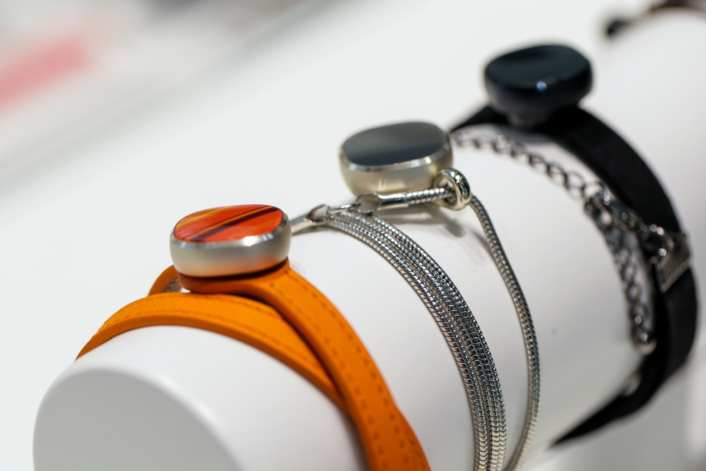 The Samsung Charm is one of Samsung’s newest experiments with the wrist wearables market, and it is definitely out of the norm for a company that likes to give its customers the smartest, most premium smartwatches they can find anywhere (such as the Gear S2 Classic 3G and the 18K Rose Gold and Platinum models).  At the same time, however, Samsung is committing itself to the idea that wearables is a general term for all sorts of wrist devices — and that some consumers want to keep their wrist jewelry elegant with some, but not all, the smarts.

We reported some time ago that the Samsung Charm fitness tracker/bracelet would come in two shapes, rectangular and square, and that there would be Rose Quartz, Black, and Gold colors for the device, but we’ve now been able to get our hands on more information about the Charm bracelet. The three colors we’ve mentioned will be the only color choices for both the rectangular and square models, and the square Samsung Charm bracelet will cost €29.99 for the square model and €39.99 for the bar (or rectangular) model.

Samsung is ranked fourth in global wearable device shipments, with the company’s Gear Fit fitness tracker from two years ago having some small impact around the 2015 holiday season. Still Fitbit, with its fitness bands, its Blaze smartwatch (the company’s first endeavor in the smartwatch market), and now the customizable fitness band, the Fitbit Alta, has cemented its position at the top of the wearables market. Samsung is aiming for the Fitbit Alta crowd and its wearables rival, and we’re sure that the Korean giant’s efforts, having seen their share of success so far, will only bear more fruit.

Samsung shares all the juicy secrets surrounding the development of it …