Earlier today Samsung announced that it’s going to launch a cellular version of the Gear S2 smartwatch soon and that it will feature the world’s first eSIM for wearable devices. It has now confirmed that the Gear S2 classic 3G will be available in black from major wireless networks in the United States. Users will be able to make calls, send texts and emails as well as receive notifications on their smartwatch even when they’re not paired to a phone.

Verizon, AT&T and T-Mobile will be offering this smartwatch to their customers and they will individually confirm pricing and availability for the Gear S2 classic 3G on their networks. Aside from the ability to make calls right from their wrist customers will also get all of the features that come part and parcel of the Gear S2 such as its unique rotating bezel design. The Gear S2 classic 3G will be available from select major carriers in the United States starting March 11, 2016. 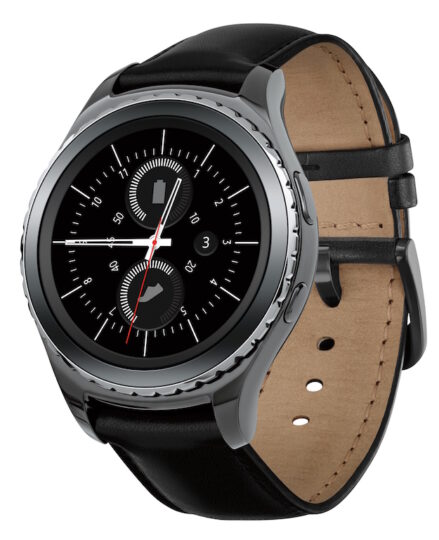 More news »
The Gear S2 is getting improved battery life in surprise firmware update By Mihai M.|6 months ago
Samsung Galaxy Watch vs Gear S2 classic in pictures By Abhijeet M.|2 years ago
Latest Gear S2 firmware update brings new features By Naresh|2 years ago
Samsung launches some of its Gear Sport watchfaces for the Gear S2 and Gear S3 By Josh L.|3 years ago
SamMobile Shop
Opinions More »
The one Galaxy Note 20 ‘downgrade’ I hope is real (it probably is)
23 mins ago