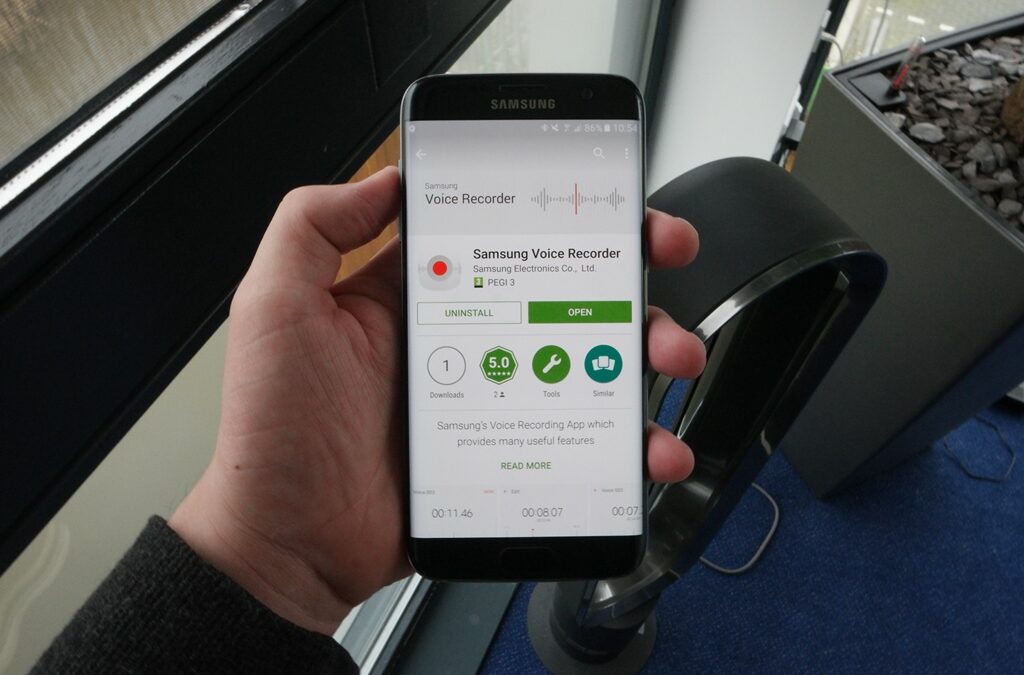 When it comes to software, Samsung moves at a leisurely pace. That’s true for major software updates for its devices, for the company’s move from a slow and outdated user interface to one that’s beautiful and fast, and also when it comes to separating its proprietary apps from the OS and putting them on the Play Store for easy updates that aren’t a part of OS upgrades.

Samsung has certainly been changing its ways though. With the Galaxy S7 and Galaxy S7 edge, Samsung chose to remove its own music player as an out-of-the-box option and made it downloadable from the Play Store instead, and we’ve discovered that it has done the same with its voice recorder app. It was just happenstance that we found out – the app received an update on the Play Store today, though there’s nothing to tell us what has changed with the new version.

The app description also reveals an interesting feature. We’re not sure if everyone knew about this, but you can actually use NFC tags and pair them with recorded voices. Touching your phone to a particular tag will match the voice paired to the tag and start playing recordings of the same automatically. It’s a nifty feature, and could come in handy with the interview recording mode.

The app is available as Samsung Voice Recorder on Google Play, and right now it’s only compatible with the Galaxy S7 and Galaxy S7 edge (at least on our end). We’re guessing Samsung will open it up for every device running Marshmallow in the future.

The newest update to Samsung’s Voice Recorder debuts Trash folder, a feature the company has been gradu …

Samsung Voice Recorder is one of the better preinstalled apps from the company’s stable. It is completely fr …