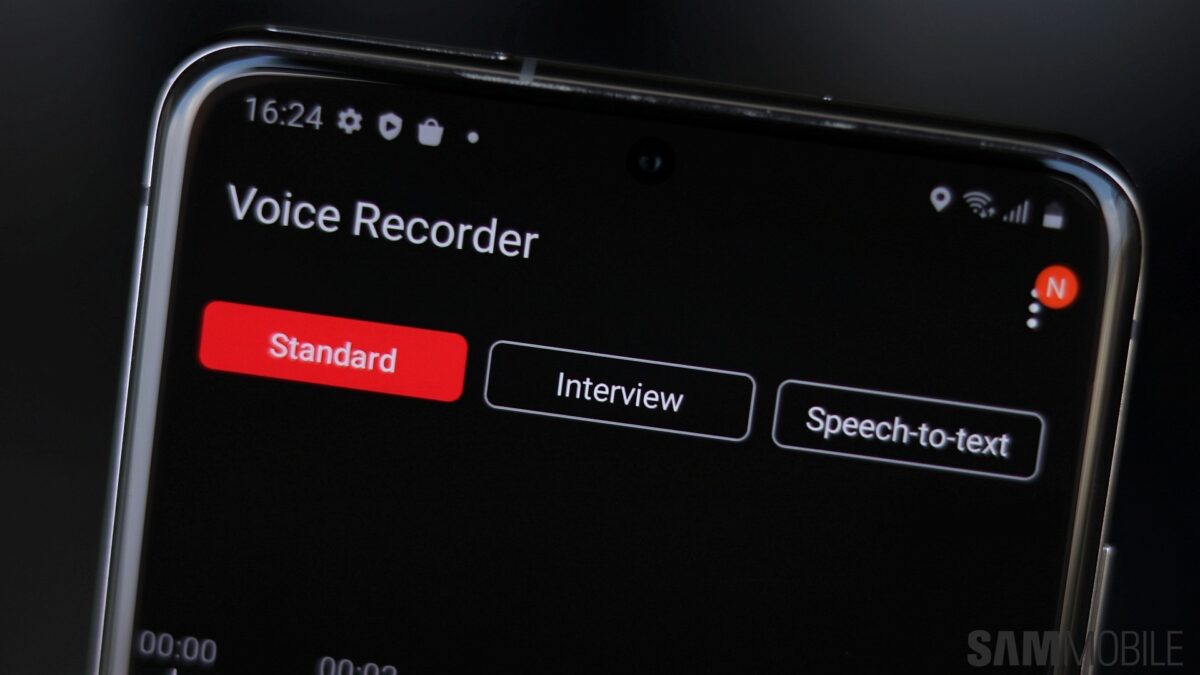 The newest update to Samsung’s Voice Recorder debuts Trash folder, a feature the company has been gradually adding to its mobile app portfolio since late 2018. It’s part of the build number 21.2.04.12 which appeared on the Galaxy Store earlier today. The update should already be available for download on any contemporary Samsung device running One UI based on Android 9 Pie or later. Much like its name suggests, the Trash option in Voice Recorder is essentially Samsung’s version of Recycle Bin.

It allows users to undo select file deletions by changing the way this universally convenient functionality operates; instead of outright removing files when you tell it to, it schedules them for deletion. More specifically, it moves such recordings to a dedicated folder that eventually purges them from memory, allowing you ample time to restore them.

As has been the case with previous iterations of this functionality, Voice Recorder’s Trash folder must be activated manually. You’ll be asked whether you want to do so the next time you attempt deleting a voice recording. If you ever change your mind, simply tap the three-dot icon in the top-right corner and go to Settings, where you’ll be greeted with a new Trash toggle. Likewise, that very same menu also contains the actual Trash folder which automatically deletes any files older than 30 days.

It remains to be seen whether Samsung eventually allows users to modify the duration of that recycling period but that probably won’t be happening in the immediate future. Namely, Voice Recorder’s new feature works exactly like it does in other Samsung apps that support it and has remained unchanged since the company began rolling it out a year and a half ago. Other than Trash support, the latest version of Voice Recorder also expands its tablet support to newer devices, according to the official changelog.

Samsung has consistently improved its stock Android apps with the introduction of newer designs and more features. The latest app from the company to get updated is Voice Recorder. The South Korean firm has added one important feature that helps you start the app faster, and the improved design fares well on devices with big […]

Samsung Voice Recorder is one of the better preinstalled apps from the company’s stable. It is completely free, feature-packed, and has a clean interface to make third-party voice-recording apps unnecessary for most Galaxy users. The company is making further improvements to the app in the latest update to version 21.1.04.10. The changelog for the update […]

Samsung has updated its proprietary Samsung Voice Recorder app to support devices running Nougat, as expected, but there’s more to be done than just delivering Nougat to its devices. Samsung is always aiming to make its software better, with Nougat, for example, being the most refined experience the Korean giant has provided yet. Now, to […]

When it comes to software, Samsung moves at a leisurely pace. That’s true for major software updates for its devices, for the company’s move from a slow and outdated user interface to one that’s beautiful and fast, and also when it comes to separating its proprietary apps from the OS and putting them on the Play […]