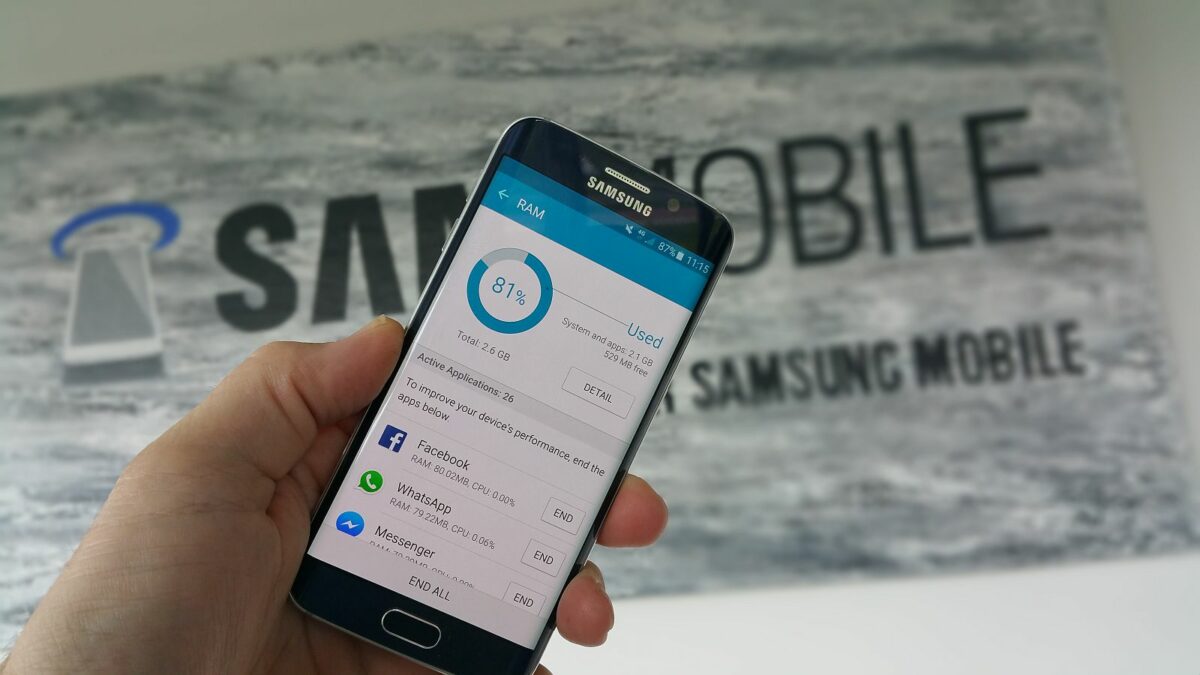 Last year, when Samsung unveiled the Galaxy S6 and the Galaxy S6 edge, one of the primary complaints that came from the users was with regards to the RAM management. The infamous Android 5.0 memory leak was blamed for this, but it really was just the software aggressively killing apps in the background in what might have been a “feature” and not an actual issue.

Now with the Galaxy S7 and the Galaxy S7 edge launching earlier this week, similar questions were asked by fans. Responding accordingly to those queries is YouTuber Erica, who has posted a video detailing the multitasking aspect of the smartphones. As you can see from the video below, the device can comfortably handle eight apps at a time without any of the aggressive app management settings.

But when a game is run (Hearthstone Heroes of Warcraft in this case), the device seems to go into overdrive to ensure that it doesn’t burden the RAM too much. The Chrome Browser that was running in the background refreshed upon launching the game, suggesting that only 7-8 apps can be running in the background on the Galaxy S7 or the Galaxy S7 edge.

While many would call this an improvement over last year’s Galaxy flagships, something like this is not acceptable of a flagship offering in 2016. However, we’re still wary of this particular test as the device probably runs a test firmware and maybe Samsung will issue a patch over the coming days. But from what we see here, the Galaxy S7 is only a marginal improvement over its predecessor, despite packing 4GB of RAM, compared to 3GB on the Galaxy S6.

What do you make of these findings?