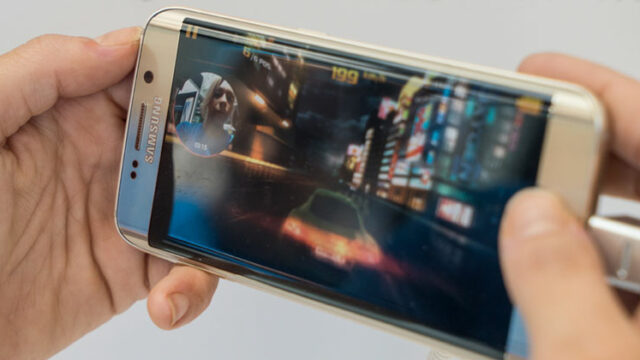 According to a new report, Samsung Display has started production of AMOLED display panels for the company’s upcoming flagship smartphones that are due to be unveiled on February 21. Samsung is reportedly looking to secure facilities that can provide a monthly production capacity of 9 million panels for the Galaxy S7 edge to ensure smooth supply. Samsung Display is said to have begun the operation of A2 and Tangjeong A3 flexible OLED lines at the Asan facility in the South Chungcheong province to produce panels for the Galaxy S7 edge.

The A2 5.5-generation line is said to produce about 24,000 pieces of mother glass per month while the A3 6-generation line can manage 15,000 pieces per month. One piece of 6-generation mother glass can yield 300 5-inch display panels for smartphones and one piece of the 5.5-generation can yield 220 panels. The figures can change due to process yield rates however industry watchers believe that both production lines combined can produce up to 9 million flexible OLED panels per month when they are at maximum yield rates.

It appears that this time around Samsung is making sure that the Galaxy S7 edge doesn’t suffer from supply constraints. The company was taken by surprise last year when the slightly more expensive Galaxy S6 edge was actually preferred by customers and that led to the handset being in short supply for several months. Looks like Samsung has learned from the experience.