Making it your own: how to arrange apps on the Gear S2

Buying the Gear S2 is truly exciting, as you prepare to embrace Samsung’s next big thing. Once you take it out of the box, however, the setup is on: you want to customize the device to work to your liking, which, as everyone knows, involves apps. The Gear S2 comes pre-loaded with apps that you may find relevant, but they’re not placed in the order that you would like or need; some apps may work for you while you consider others to be useful for spontaneous occasions or circumstance. You won’t rest until your Gear S2 suits you just fine. Here’s how to arrange apps on the Gear S2:

On the Apps Layout page, you’ll see the current ordering of your apps on the Gear S2 smartwatch. To change the order, place your finger on the “up and down” arrows to the right of each app name, and you will notice that you can move the app names up and down. This is how you arrange the apps on the Gear S2: by dropping and dragging apps in the places you want them. You can also uninstall a number of apps if you’d like. When done, you need only press the back arrow near “Apps Layout” at the top left, and head back into your additional Gear S2 settings.

Are there any Gear S2 tips and tricks you’d like to read about? Drop us a line in the comments to let us know how we can best help you. 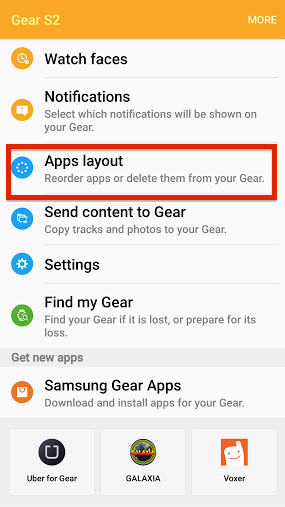 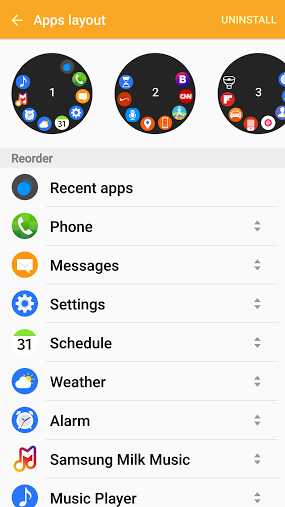 More news »
The Gear S2 is getting improved battery life in surprise firmware update By Mihai M.|6 months ago
Samsung Galaxy Watch vs Gear S2 classic in pictures By Abhijeet M.|2 years ago
Latest Gear S2 firmware update brings new features By Naresh|2 years ago
Samsung launches some of its Gear Sport watchfaces for the Gear S2 and Gear S3 By Josh L.|3 years ago
SamMobile Shop
Opinions More »
Samsung still leads in Android updates and it’s not even close
1 day ago