Google Glass was launched with much fanfare, the company tightly controlled how many people could purchase the wearable device and in what markets. However the device failed to take off, instead Google had to discontinue sales and accept that it needed to rethink the entire strategy behind this product. That’s what it’s doing right now and there’s no saying when another Google Glass might be launched. On the other hand it has been reported multiple times that Samsung is mulling over the idea of smart glasses as well and it has multiple patents to support the effort should it ever wish to jump on the bandwagon. Several new patents filed by the company show that its smart glasses might have features that Google Glass can only dream of.

One major feature that Samsung has patented would allow users to interact with 3D images projected by the smart glasses, for example users can project keypads in mid-air to dial phone numbers, punch in messages and perhaps even take a shot at a virtual piano keyboard. A recent patent application by Samsung explains that the smart glasses will use two cameras to project 3D images in mid-air so as to create a virtual input interface, this will allow users to interact with apps and services the way they would on a smartphone.

Samsung engineers have also come up with a way to visualize how users could project augmented reality objects on physical objects and then use them to interact with apps and services. For example if a user wants to make a phone call or send a message they can project the keypad on their hand, held just 10cm away from the glasses, and then use the fingers of the other hand to dial in the number and make the phone call. The same technique can be used for sending messages and even playing keys on a virtual piano keyboard. This technology only exists in patents right now and it’s not known for sure if and when Samsung intends to come out with its own smart glasses, but when it does and if they have this feature, they’re going to be so much more appealing than Google Glass. 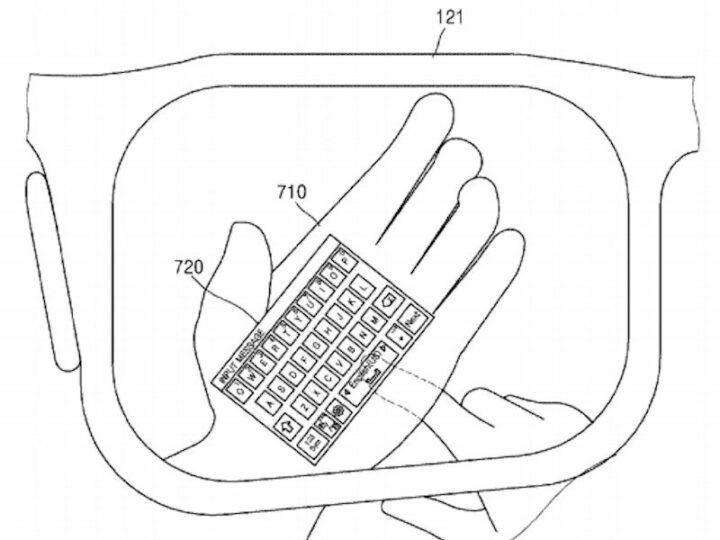 It has long been rumored that Samsung could be working on a Google Glass rival of its own even though Google has discontinued that wearable device itself. Some patent filings by Samsung were discovered a couple of years ago which hinted at the Gear Glass – a possible Google Glass competitor – and it was even […]

While the whole world is busy looking at Samsung’s latest and greatest in Barcelona, the Galaxy S7 and Gear 360, the guys back home in Seoul have silently filed for protection of the trademark Gear Iconx. Sometimes, trademark filings reveal exactly what product the registration is for. With Gear Iconx this is, unfortunately, not the […]

Galaxy Note 4 to have flat and curved display models, Gear Glass and other wearables coming at IFA?

A new report from the Korean media is shedding light on Samsung’s supposed plans for the Galaxy Note 4 launch event at IFA in September. Citing a senior executive at one of Samsung’s top local suppliers, The Korea Times says that Samsung will not only launch the Galaxy Note 4 at IFA, but also the oft-rumored […]

[Updated] Samsung trademarks ‘Gear Blink’; could it be the Gear Glass?

We’ve heard of a SIM-enabled Gear variant a couple of times in the last few weeks, and now a new product trademark applied for Samsung is hinting at yet another device in its Gear lineup. Samsung has moved to trademark the name Gear Blink over in South Korea, and while the trademark application doesn’t offer […]