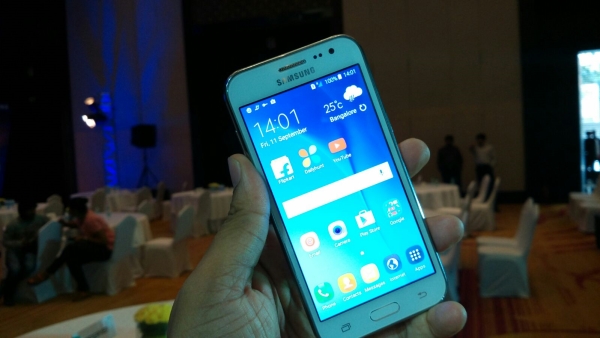 Samsung Galaxy J2 is the company’s latest entry-level smartphone for India, it has actually been developed at Samsung’s R&D facility in the country and has been launched today for Rs. 8490 ($130). The device has a metallic finish on both sides and a faux leather back, it will be available in black, white and gold colors starting September 21.

The Galaxy J2 has a 4.7-inch 960 x 540 pixel resolution Super AMOLED display with a 1.3GHz quad-core Exynos 3475 processor under the hood aided by 1GB RAM, 8GB internal storage with microSD support. There’s also a 5-megapixel rear and 2-megapixel front camera as well as a 2,000mAh battery. The handset offers dual-SIM support, runs Android 5.1.1 Lollipop straight out of the box and is 4G LTE-enabled while measuring in at 136.5 x 69 x 8.4mm. The Galaxy J2 comes with a new feature called Ultra Data Saving Mode, it’s powered by Opera Max and promises up to 50% data savings in video apps, 40% in social apps and up to 30% data savings in web browsing. It’s an essential feature for this device which has been developed for the express purpose of making 4G accessible and relevant for all customers in India. 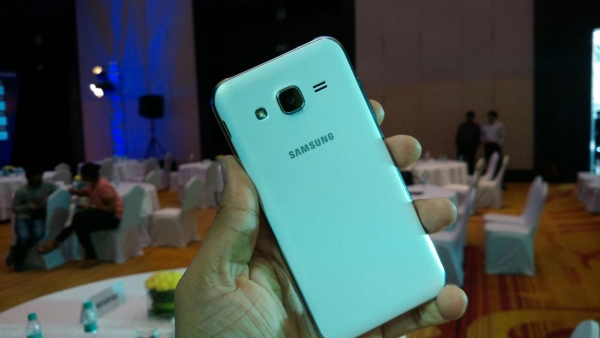 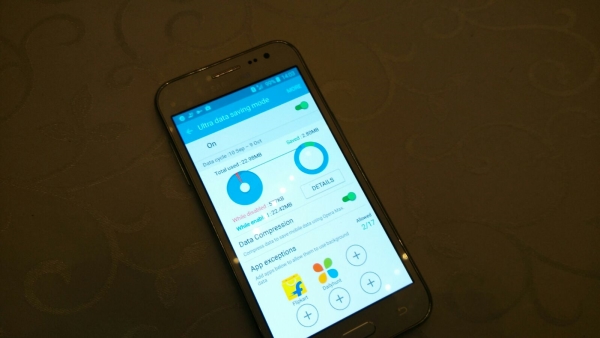 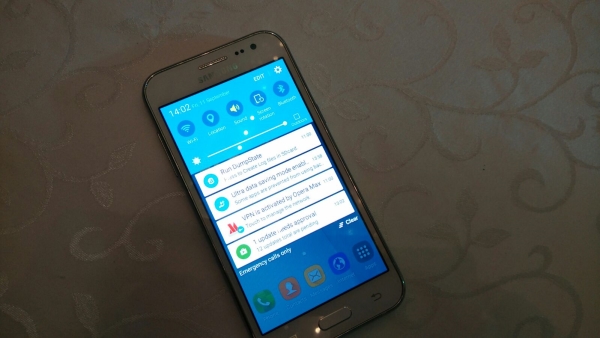