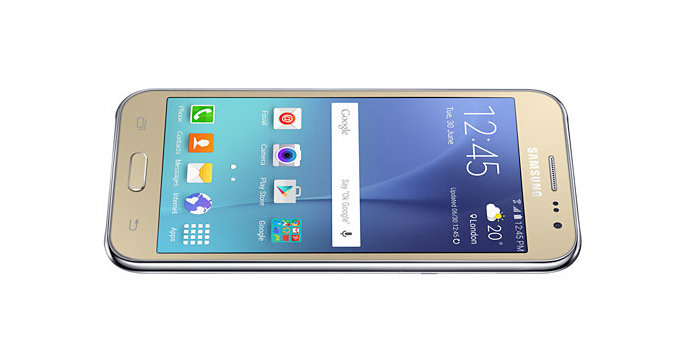 Samsung unveiled a new variant of the Galaxy J2 about two weeks ago. The Galaxy J2 DTV is going to be released exclusively in the Philippines but it’s just like any other mid-range handset. With a 4.7-inch 540 x 960 pixel resolution Super AMOLED display, 1.3GHz Exynos 3457 quad-core processor, 1GB of RAM, 8GB of expandable storage and 5-megapixel rear camera the specifications are nothing to write home about. However, what sets it apart from the rest is the fact that it has a digital TV tuner.

The Galaxy J2 DTV is actually the first handset from Samsung that features a digital TV tuner. It enables users to watch broadcast television in the Philippines wherever they might be. It’s unlikely that people will use this handset with a 4.7-inch display to watch TV all the time but some users will appreciate having the feature. Since it only has a 2,000mAh battery, users will find themselves needing a power outlet after some time if they’re watching broadcast TV.

Even though it’s likely that the Galaxy J2 DTV might be sold via eBay in markets in the West, the digital TV feature might not work given that the Philippines uses the Integrated Services Digital Broadcasting (ISDB) standard whereas Europe and America use the Digital Video Broadcasting (DVB) and Advanced Television System Committee (ATSC) standards respectively for free-to-air broadcast TV. Galaxy J2 DTV will only be sold in the Philippines for 6,990 Philippine Pesos ($150).

Samsung announces the Galaxy J2 DTV in the Philippines