A new J-series device is coming from Samsung soon according to a new GFXBench leak just like it was speculated and it’s looking pretty good. Just like every other J-series device, the Galaxy J2 is only going to be available in Asia and Eastern Europe. GFXBench reveals that SM-J200 will have a 4.7-inch display with a resolution of 960×540 pixels and it also has the Exynos 3475 quad-core processor with four ARM Cortex A7 cores capped at 1.3 GHz. Other tech specs include 1GB of RAM and a 4.7-megapixel primary shooter with autofocus, face detection, HDR and touch focus.

Additionally, the Galaxy J2 will also come with Android 5.1.1 out of the box, and it will also have the latest version of TouchWiz. This is a very interesting device, especially for those who can’t afford a version of the Samsung’s flagship. Let us know what you think about the leaked Galaxy J2 by leaving a comment. 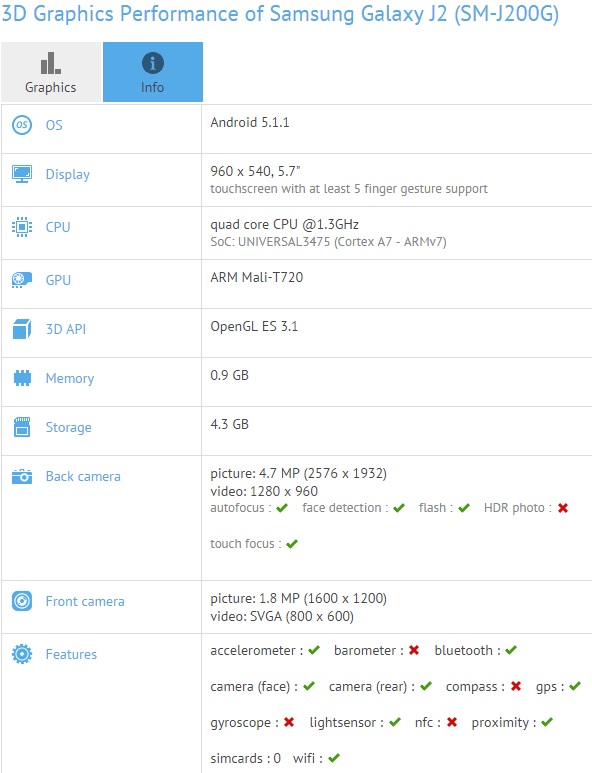