Exclusive: Tizen-powered Samsung Z3 will be launched in India, Bangladesh, and Nepal 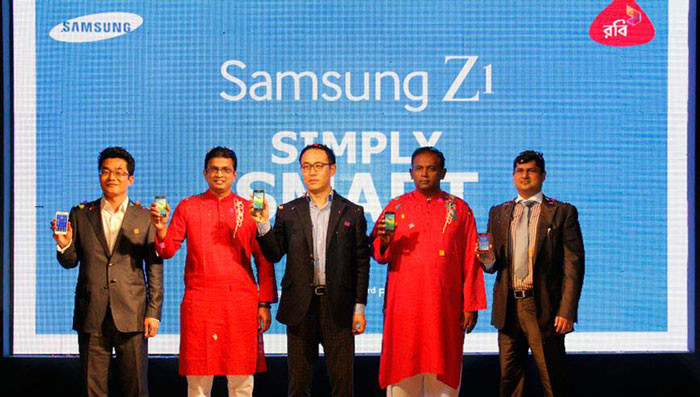 After a surprisingly successful launch of Samsung’s first Tizen-powered smartphone, the company is ready to launch a better device to show off a newer version of its home-baked smartphone platform. The Tizen-powered Z3 will be officially announced during the Tizen Developer Summit that is set to happen later this month, and the device will also be given away to the attendees.

Now, we’ve received exclusive information regarding the intended launch countries for the device. According to the information that we’ve received, Samsung will launch the Z3 in India, Bangladesh, and Nepal, and it will have better specifications than the Z1. As we’ve reported earlier, the Z3 will feature a 5-inch 720p Super AMOLED display, an 8-megapixel primary camera with AF, a 5-megapixel secondary camera, Tizen 3.0 operating system, a 1.3GHz quad-core Spreadtrum SC7730S processor, 1.5GB of RAM, and 8GB of internal storage space, a microSD card slot, and a 2,600 mAh battery.

Since the Samsung Z3 (SM-Z300H) will come with a newer version of Tizen, we believe that it will come with new and improved software features. We don’t exactly know what those new features might be, and we hope that we will get a clear idea during the official announcement of the device. This dual-SIM smartphone will compete with entry-level Android smartphones from brands like Xiaomi, Lenovo, Motorola, and a lot of other home-grown smartphone brands from the Indian sub-continent.

It’s no secret that Tizen has been lacking a reliable file transfer application ever since its initial release back in January 2012. Sure, you’ve always had the facility to grab a third-party offering from the Tizen Store, but they rarely work and often restricted. However, that’s all about to change as the offering you’ve been […]

Samsung is carving a niche for its Tizen platform in Russia where it’s already used by many government bodies and corporate customers. The company also recently started supplying the Samsung Z3 handset to Gazprom which is one of Russia’s largest companies. It was hinted at the Internet of Things forum hosted by the Moscow Tizen Association […]