Samsung’s third Tizen smartphone, the Z2, launched with many new features. One of these was a payment service for Indian folks called My Money Transfer, which lets users send money to others without the need for an internet connection, and Samsung is bringing the service to its other Tizen phones. My Money Transfer is now available for download on the Samsung Z1 and Z3 from the Tizen Store.

My Money Transfer is similar to other third-party banking apps that let users make bank transactions such as transferring money, checking account balance and monthly statements, with support for around 15 major Indian banks at the moment. It works over the USSD protocol found on all GSM handsets and doesn’t require the user to be connected to the internet, which is perhaps its biggest and primary advantage, especially in a country like India where not everyone has easy access to the internet at all times.

Grab My Money Transfer from the Tizen Store on your Z1 or Z3, and don’t forget to check out our review of the Samsung Z2. 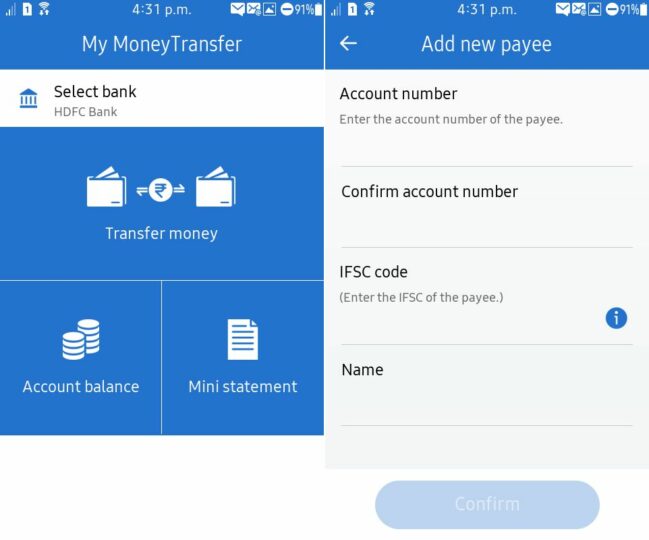