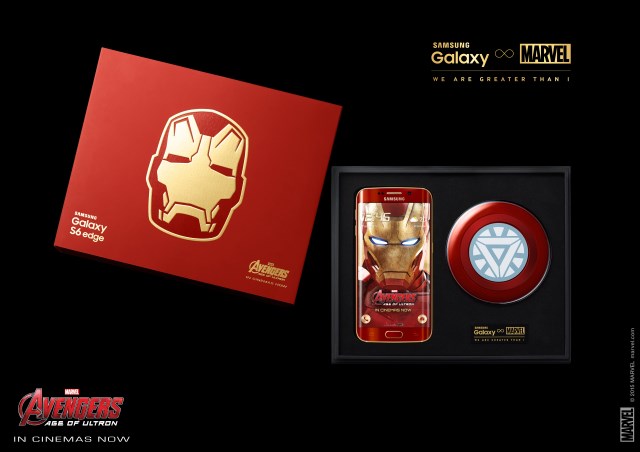 A few weeks ago, Samsung released an Iron Man-themed limited edition variant of its flagship smartphone, the Galaxy S6 edge. It became a smash hit in China as soon as it was released. Samsung made only 1,000 such units in Korea, and the website selling those devices crashed due to heavy traffic. So it was evident from the word go that they device will be sold for much higher than its original price tag. We even reported that these devices were listed on eBay with insane price tags.

Reportedly, around 1,600 units are going to be sold in China, but that still won’t be enough due to country’s high population. To top that off, Chinese culture symbolizes the number 6 and the color red. The device that was being auctioned had 66 in its serial number and it has a color combination of gold and red. Now wonder that the device was sold at such a high price.