It doesn’t matter how old you are – the Iron Man edition of the Galaxy S6 edge is a smartphone that you simply cannot not want. But when you have to pay a couple thousand bucks to actually get your hands on one, that’s when it is a good time to draw a line between wanting something and being sensible about it. The Galaxy S6 edge Iron Man Edition was launched as a limited edition device of which only 1,000 units were produced, and it seems like some of the lucky buyers are now trying to sell off the device on eBay at some insane prices.

Searching for the device on the e-commerce site will get you some pretty interesting results, with prices starting from around $2,900 and going up to a whopping $9,000. Well, the $9,000 listing does get you the Avengers Special Briefcase along with the phone, but that doesn’t do much to negate the fact that these prices are absolutely nuts and shouldn’t even be allowed to be put up. But hey, maybe you are like Tony Stark and can afford to splurge all that cash, in which case you can feel free to find and hit the source link below. 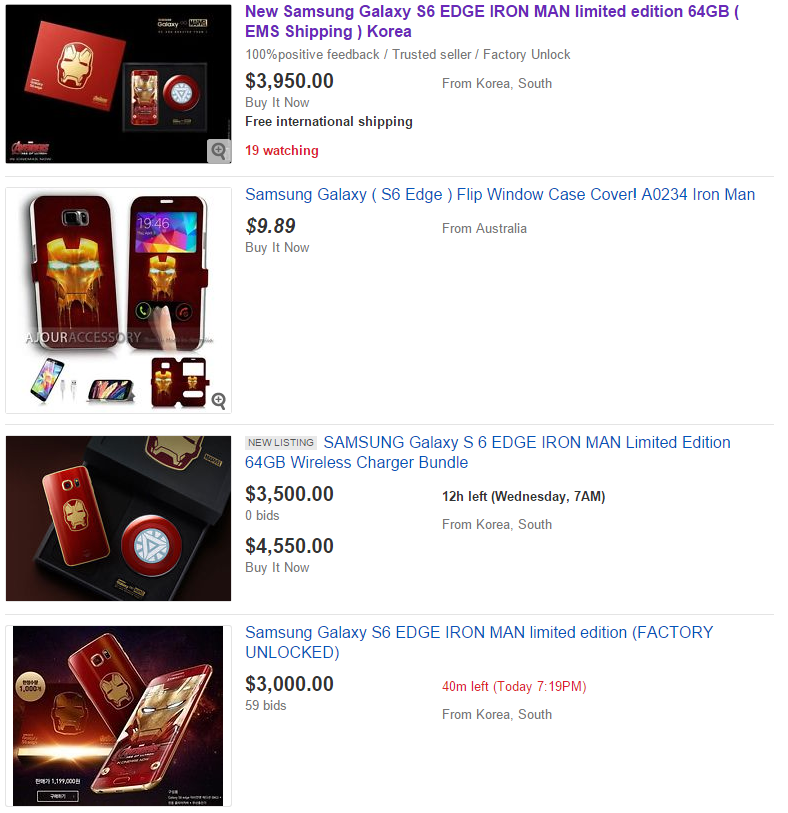