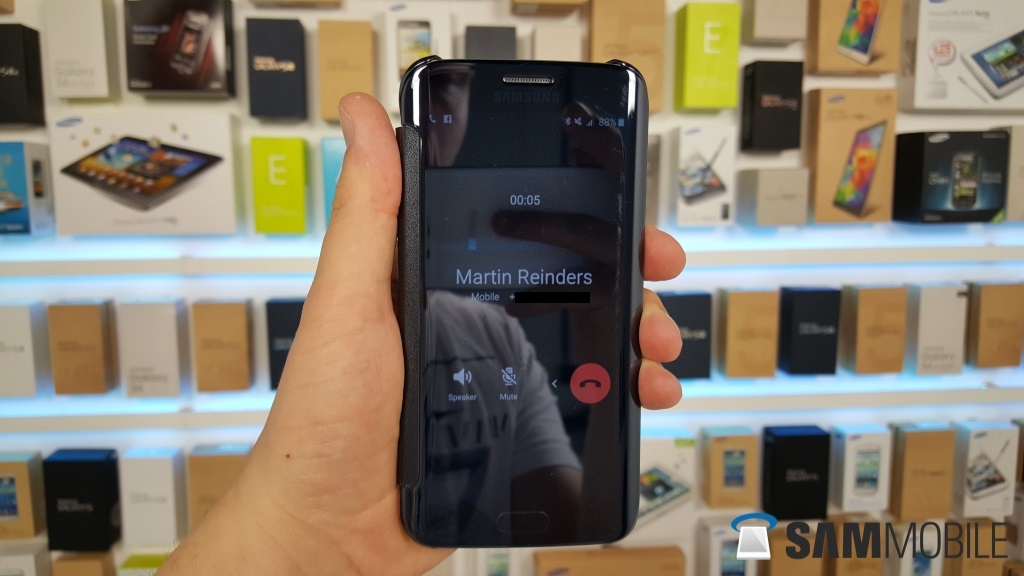 Samsung has released a number of official cases and covers for the Galaxy S6 and the Galaxy S6 edge. One of such cases and covers is the Clear View case, which has a transparent flip cover, letting you see what’s on the display and it can even register touch inputs. That’s great, isn’t it? However, all is not well with the case. Apparently, people are facing issues with the Clear View case, as it is scratching the display of the device, even though it is supposed to save the device from scratches in the first place.

A Galaxy S6 edge user has posted pictures of his device on XDA forums, and you can see a number of scratches on the display. Apparently, the device is just two weeks old, and he started using the Clear View case from the first day itself. In spite of the user’s best efforts to save the device from scratches, he is facing this issue. Annoyed with the issue, the user has contacted Samsung UK, and is awaiting a reply. He has advised others to not use the Clear View case for the Galaxy S6 and S6 edge. We have faced this issue ourselves, and both our devices have scratches on the screen due to this case. 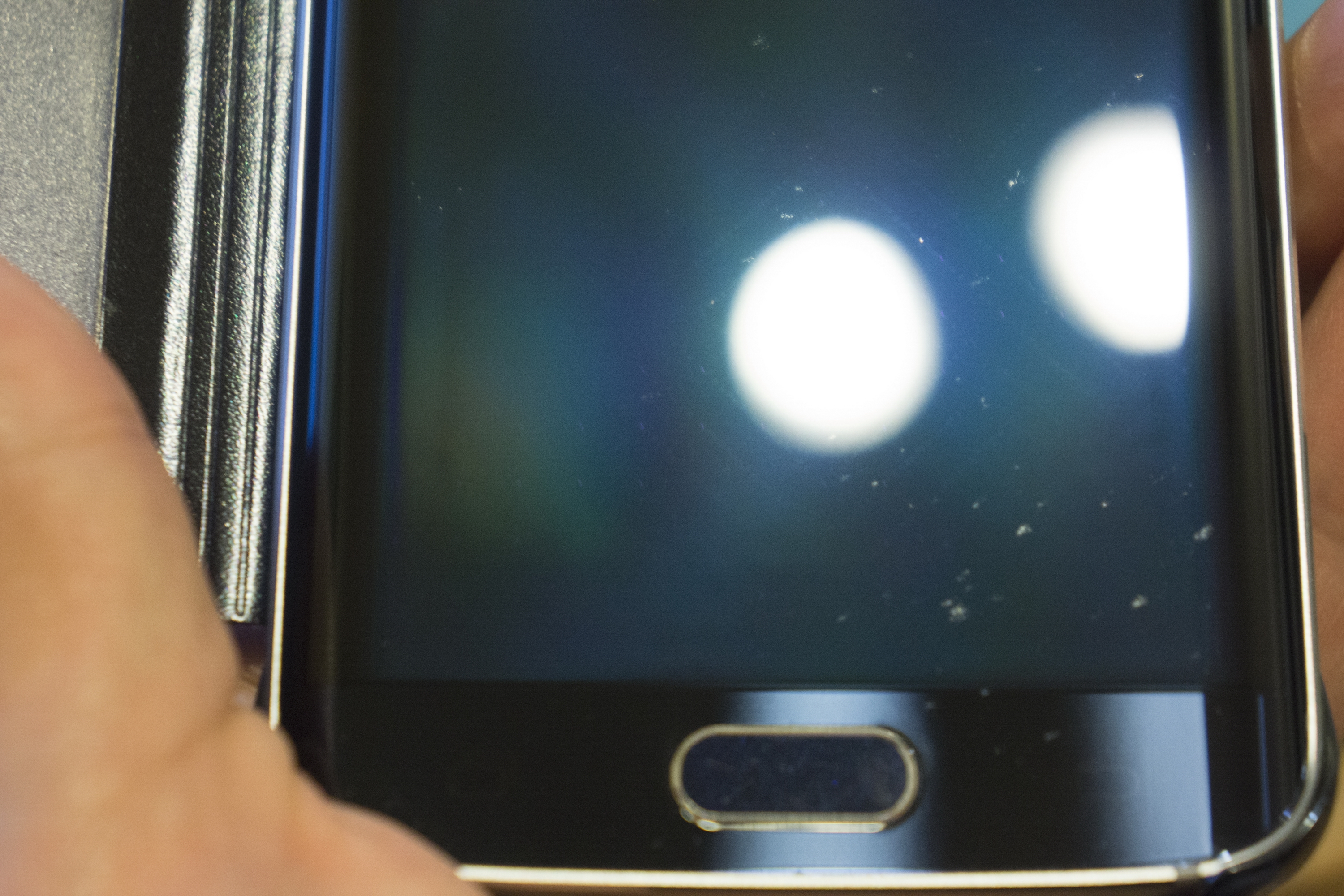 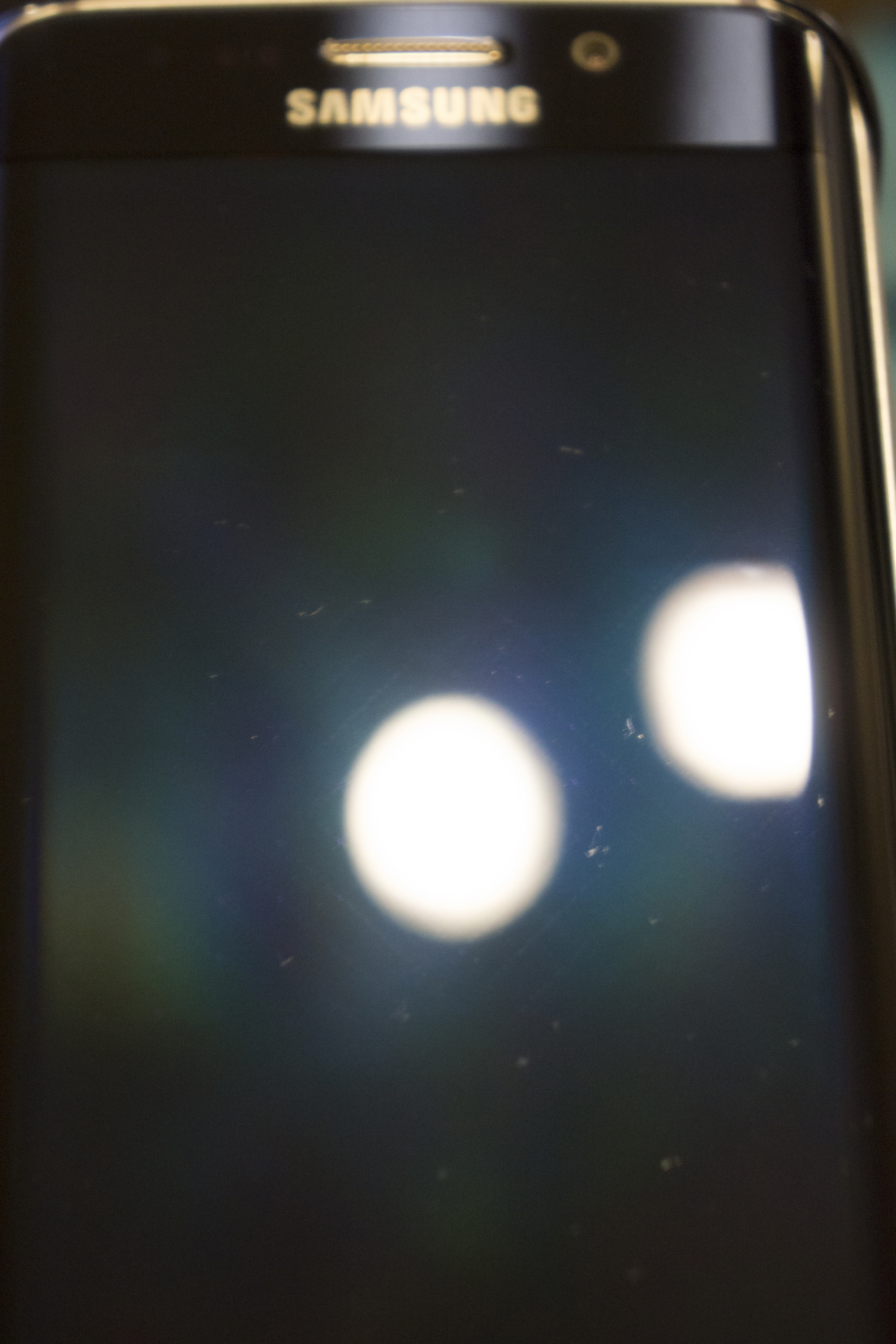 You can clearly see some scratches and scuffs on the screen of our Galaxy S6 edge in the image below. 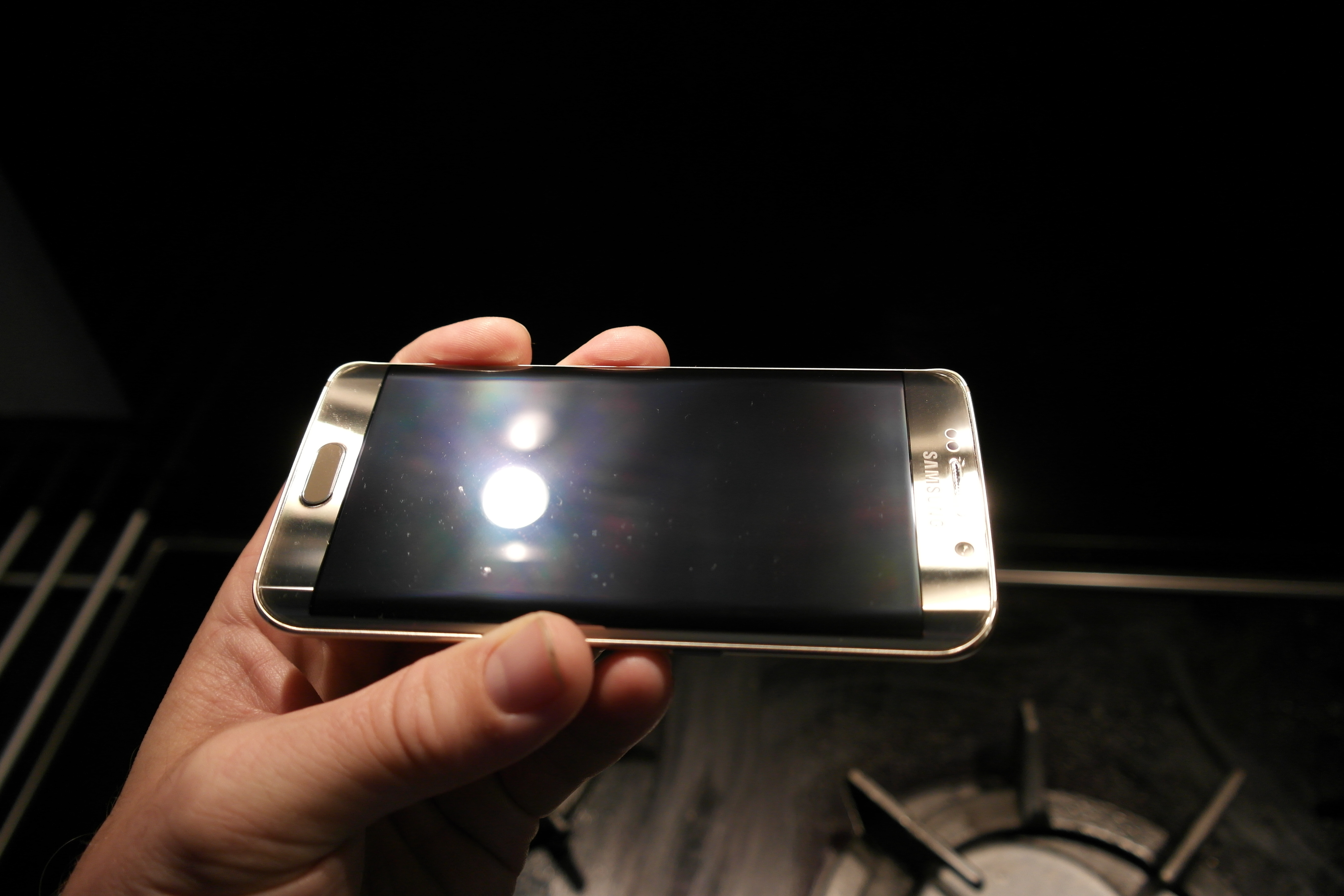 Apart from this, the case also lacks functionality. We experienced that the case doesn’t add any functionality other than answering the calls and viewing notifications. It doesn’t let you interact with notifications, which kind of defeats the whole purpose of a touch sensitive clear view cover. Looks like this product from Samsung is a huge failure. Have you noticed any other issue with your Clear View cover for the Galaxy S6 or S6 edge? Let us know your experience with the case in the comments section below.

Update: Samsung has informed us that it is aware of the issue and is currently investigating the same. Also, our local repairman has told us that the top layer of the Corning Gorilla Glass on these phones is a bit weak, which might be one of the reasons why the screens are scratching so easily. Samsung didn’t offer any more details, but as always, we will be sure to let you know of any further developments.

Update 2. Official statement: Samsung takes product quality and customer satisfaction very seriously. We have received few reports regarding potential scratches on the Galaxy S6 and Galaxy S6 edge screens caused by particles getting trapped between a phone’s screen and a clear view cover case.  We encourage Samsung customers with questions about the quality of their device or cover case to call us directly at 1-800-SAMSUNG so we can address their concerns.

We called with Samsung Benelux and they told us to send in the following things:
– Pictures of display and cover.
– IMEI number (can be found on the back of the phone or box).
– Serial number (No idea why probably cause of fake chinese models).
– Modelcode (Easy, check about device).
– Proof of purchase (phone + cover).