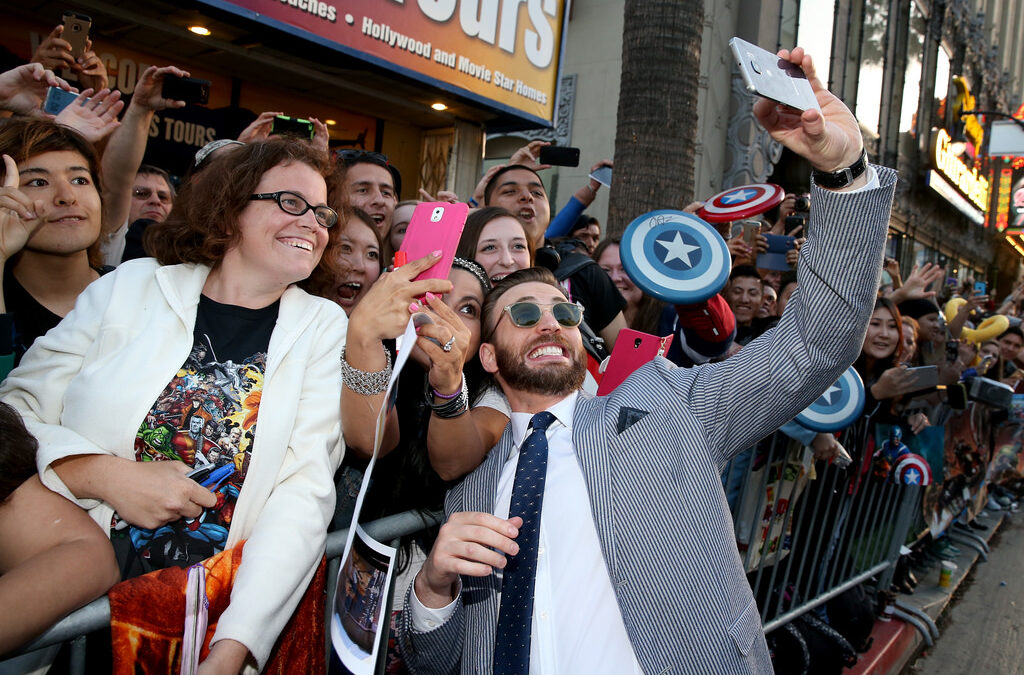 Samsung tied up with Marvel for its product placements in the recently released Avengers: Age Of Ultron movie, and the Galaxy S6 was shown a few times in the movie. Samsung will also be releasing an Iron Man-themed Galaxy S6 edge by the end of this month or early next month. Yesterday, top executives from Samsung gathered to watch the Avengers movie in Gangnam, Seoul, and showed a great deal of excitement after watching the movie.

Most of them were excited about Samsung’s collaboration with Marvel to show futuristic gadgets and technologies in the movie. The members of the Avengers team were seen using things like see-through smartphones, smartwatches, and Bluetooth earpieces. Shin Jong-kyun, chief executive of Samsung’s mobile business unit, asked reporters “did you see the device with the transparent display?” referring to the see-through smartphone, which was used by Tony Stark, a billionaire inventor who plays the role of Iron Man in the movie.

When asked whether the see-through smartphone, which can display data on to a large hologram display in the movie, can be turned into an actual product, Samsung CEO refused to elaborate.