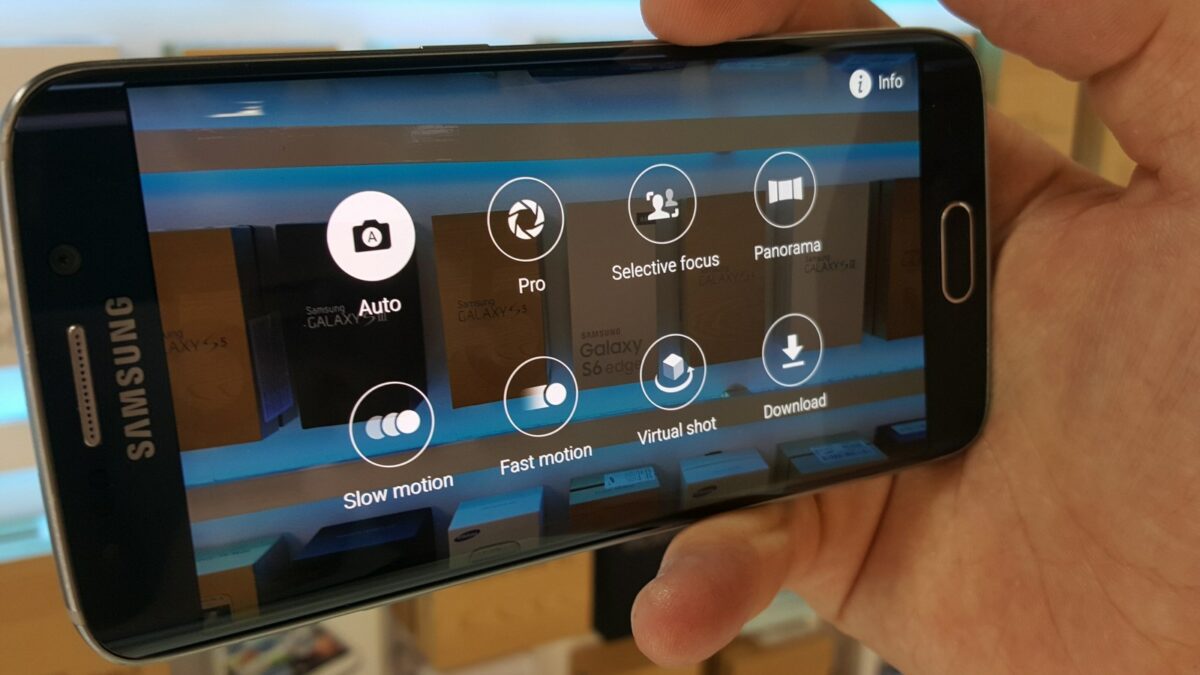 Smartphone cameras have become increasingly important in this day and age, and OEMs have been focusing heavily on the imaging skills of their phones. The Galaxy S6 and Galaxy S6 edge have arguably the best cameras in the smartphone market right now, and also come with a camera app that’s both simple and advanced depending on the needs of the user. However, there’s always room for some improvement no matter how good a particular aspect of a smartphone might be, and our sources tell us that Samsung is currently working on an important update for the Galaxy S6 and S6 edge’s cameras.

This camera update will be a part of Android 5.1.1 whenever that version of the OS rolls out for the two devices. No, it’s not included in the 5.1.1 update that T-Mobile pushed out a few days back – that update wasn’t the finished version, and was probably released by mistake before being pulled. It’s not there in the early 5.1.1 ROM that we here at SamMobile have access to either, and sadly, our source wasn’t able to give any particular details on what the camera update will bring to the table.

It’s possible the update will add support for the full Google camera API on Lollipop, including support for features like shooting in RAW and the option to control the shutter speed, which are not currently available on the S6 and S6 edge (competing devices like the HTC One M9 and LG G4 have these features.) Oh, and we have also been told that this particular camera update will be a part of devices that are codenamed Samsung Zen/Samsung Noble.

Noble is apparently the codename for the Galaxy Note 5, which is sure to be launched in the second half of this year. At this point development on the Note 5 is probably in a very early stage, at least as far as software is concerned, but it certainly looks like the Galaxy S6 and S6 edge will get some camera features that will pave the way for more advanced iterations of these features in Samsung’s next Note flagship.